Gems from the “Breguet: Watchmaker, Aviator, Innovator” Exhibit by JESSICA

Starting in New York City, Breguet embarks on a two month exhibition tour entitled ‘Breguet: Watchmaker, Aviator, Innovator‘ that traces the history of Breguet in aviation and showcases the brand’s legacy of innovation with a variety of historical timepieces including aviation instruments, the original Breguet Type XX and Breguet’s 10Hz technology which is integrated into the new Type XXII. 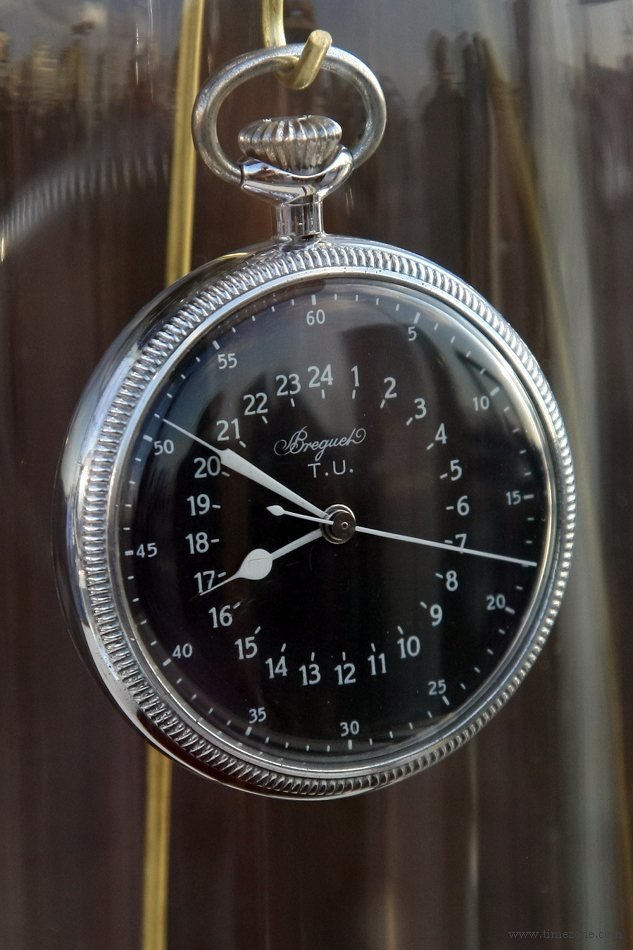 French Navy issue pilot’s watch TU-type, No. 3732 (1958)
Instruments for Changing Times
The evolution of the clock is closely linked to the development of long distance transportation. During the age of A-L Breguet, it was ship and sea travel that influenced innovation. At the time, in order to determine the exact location ofa ship at sea with no points of reference, a high-precision clock was essential. By measuring their sailing time against the position of the sun, sailors could pinpoint their location. However, the constant movement of the ship caused problems with most clocks of the day. In 1815, A.-L. Breguet developed the marine chronometer and helped user in a more efficent age of sea travel.

The invention was adapted by the French Navy, and Breguet was appointed “Horloger de la Marine Royal” (watchmaker to the Royal Navy). A commission by the Navy was a crowning achievement by the already legendary watchmaker.

By the beginning of the 20th century, the demands of the sea gave way to the demands of the sky. Hence, the evolution of the aircraft soon prompted the evolution of the wristwatch. Aviation created numerous challenges for the watch industry. A timepiece was needed for navigation, to determine fuel consumption, and to coordinate functions on long distance flights. One innovation that met these challenges was the Chronograph, a complication that can start, stop and measure intervals of time. In 1918, the Breguet watch company first began producing watches for aviators and also developed chronograph mechanisms in cockpit instrument panels. 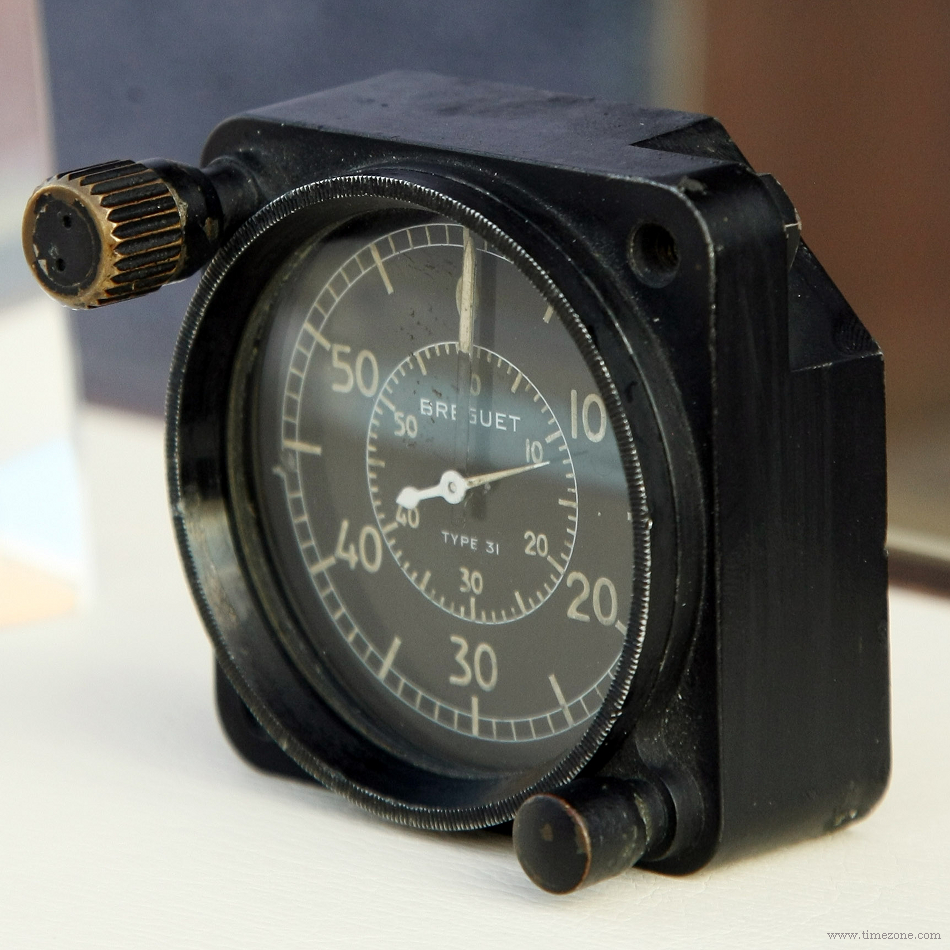 Dashboard Chronograph Type 31 (c. 1958)
The Birth of the Type XX
In the mid-1950s, the French Ministry of War asked Breguet to produce a reliable, accurate chronograph wristwatch, code named Type 20.  In 1954, Breguet then became the official supplier of the French Air Force, the French Navy, as well as the Centre d’Essai en Vol (CEV) of Bretigny. The CEV was the central authority responsible for testing and certifying all new aircraft in France.

Based on the first wristwatch chronographs developed by Breguet in the 1930s, the Type 20 was one of the first wristwatches to have a flyback function.  The flyback allows the user, in this case the pilot, to start, stop and reset the chronograph with the push of just one button.  The ease of use and time saved in flight helped improve navigation.
First Generation
Type 20 watches were military issue and only available to French pilots from 1954 until 1960. In 1958, the Aéronavale commissioned Breguet to produce 500 pieces with a 15-minute chronograph counter, which is the time required to check an aircraft before a flight (a 30-minute display was common on Air Force models). Breguet delivered the first pieces in 1960, inscribed with the phrase, “Marine Nationale Aeronautique Navale”. 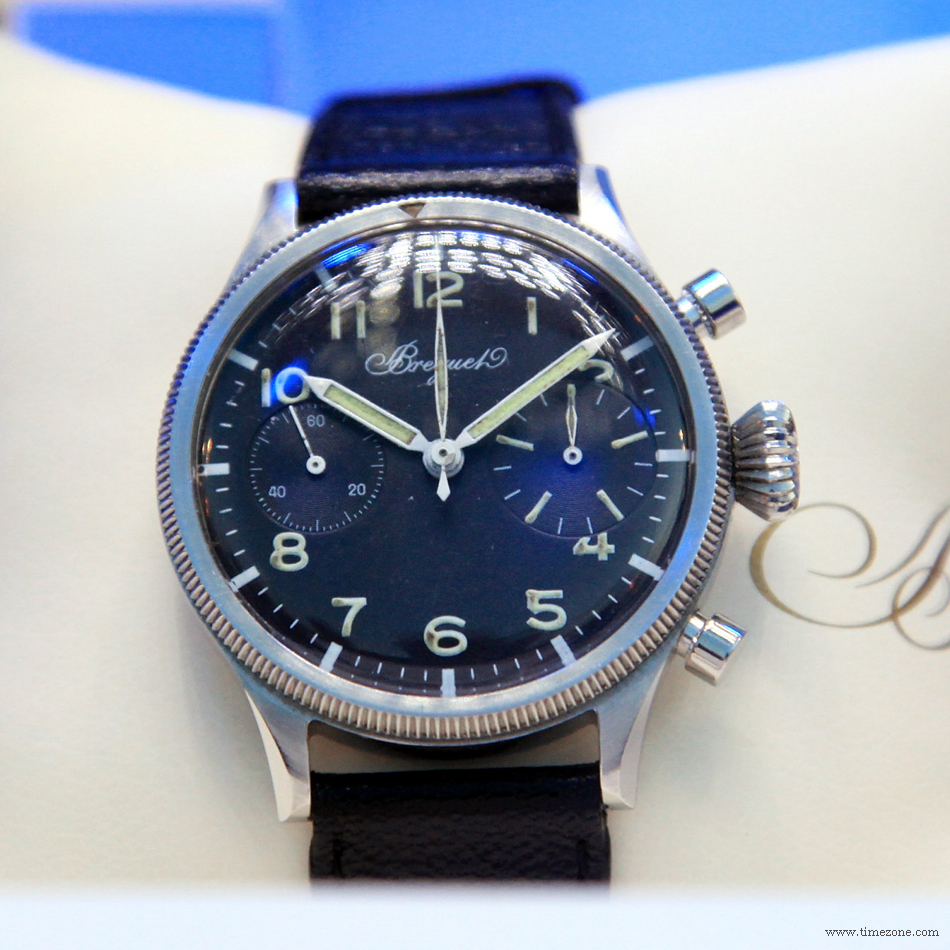 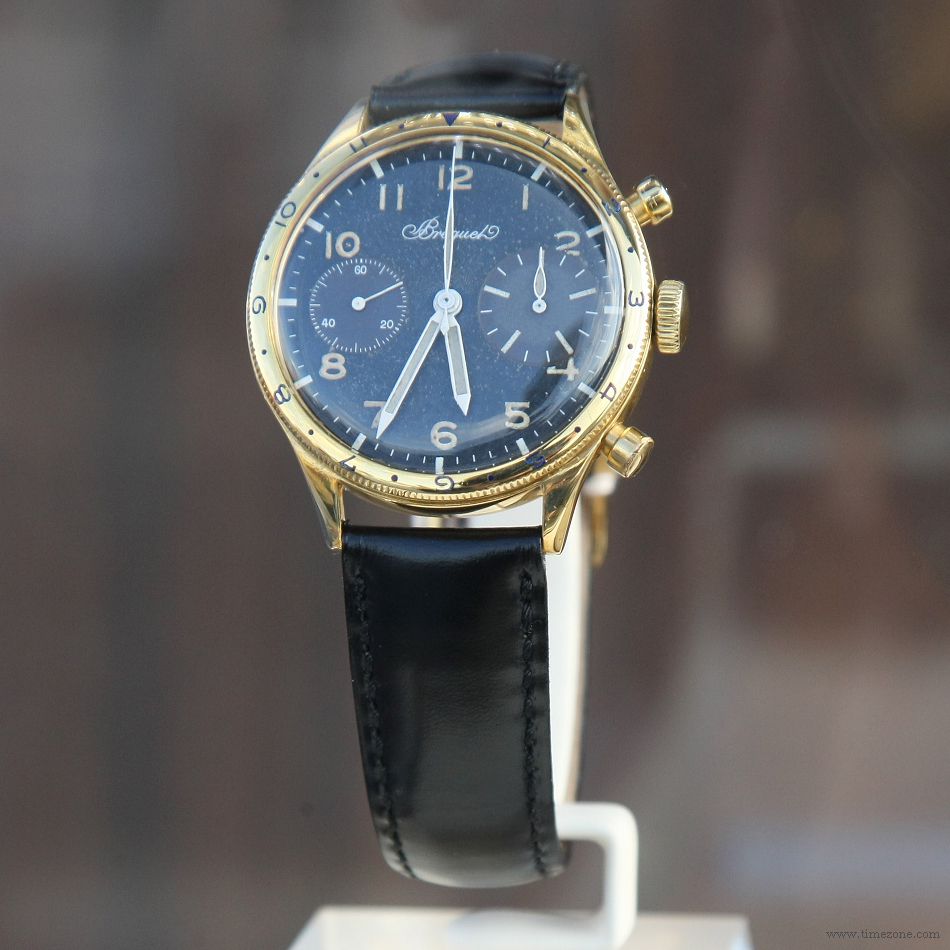 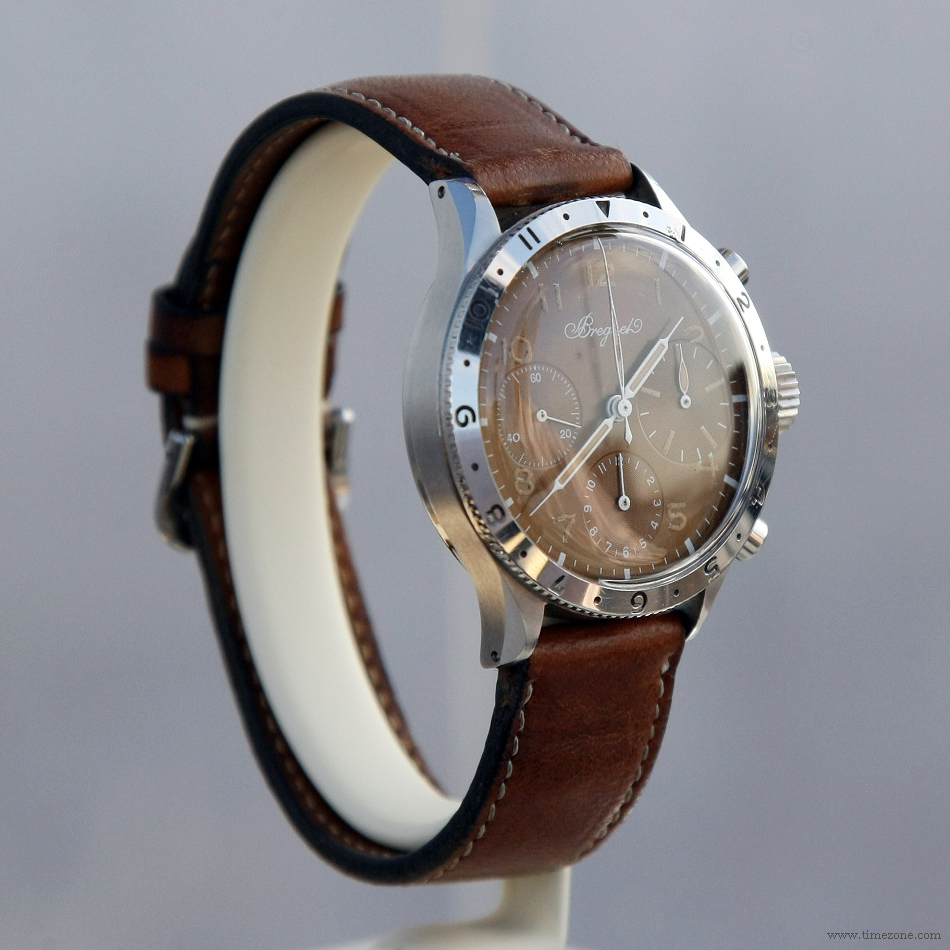 First Generation Type 20 (c. 1956)
Unique brown dial assigned to Louis Bonte, Director of the CEV, No. 2499 and marked “CEV 1”
Second Generation
Breguet changed the specifications of the original Type 20 using dial and bezel variations. The name of the watch was officially changed to ‘Type XX’ when Breguet began selling these pieces to the civilian public in the 1960s. With a thicker bezel made of black bakelite, larger lugs and the addition of a minute counter, the second generation was born. 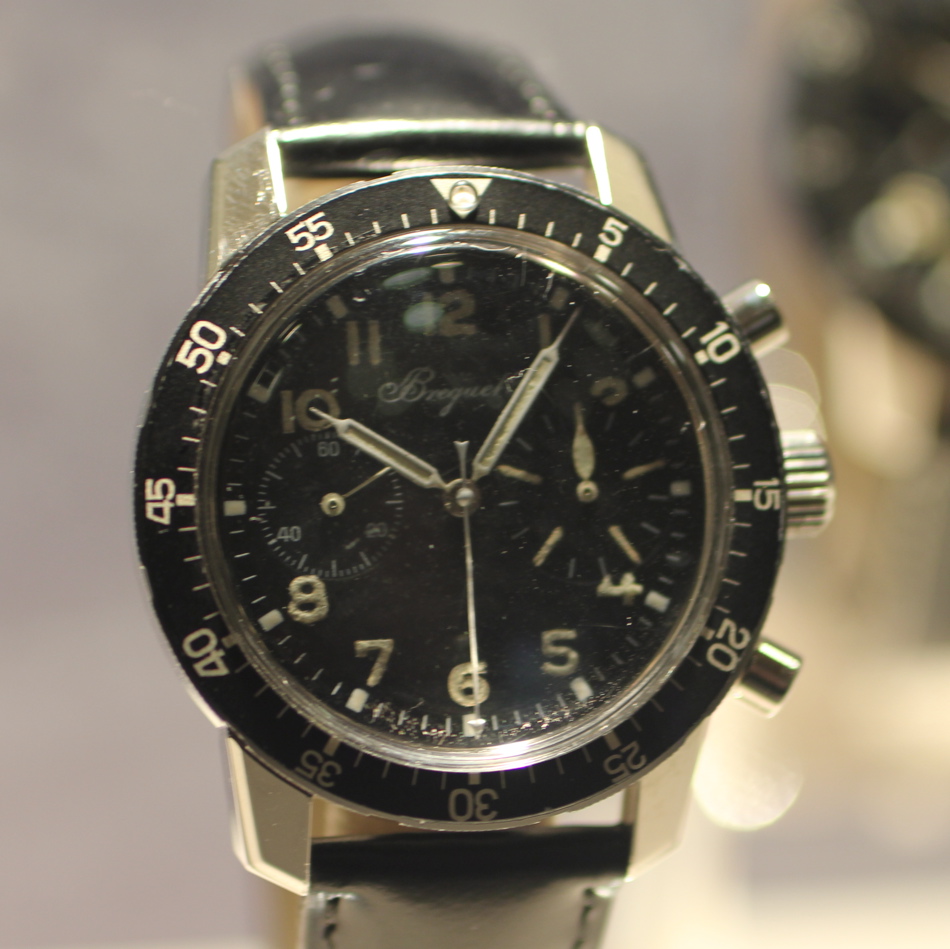 Second Generation Type XX, No. 21122 (1973)
Type XXII 10Hz
In 2010, Breguet introduced the Type XXII reference 3880 ST, with a frequency of 10 Hz (high-beat 72,000 vibrations per hour). It was the first series-produced watch with a movement of 10Hz. At the heart of this technical innovation is a flat balance spring and silicon escapement, resulting in exceptional regulating power and lightweight mobile components that do not require lubrication. 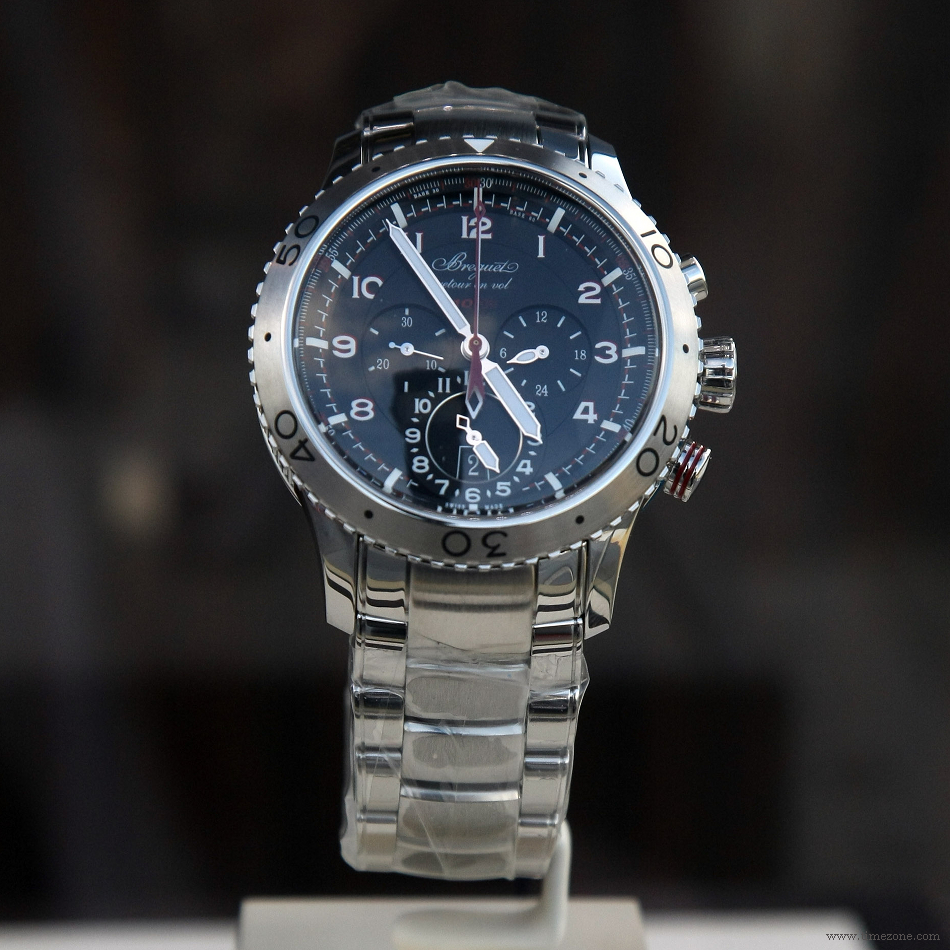