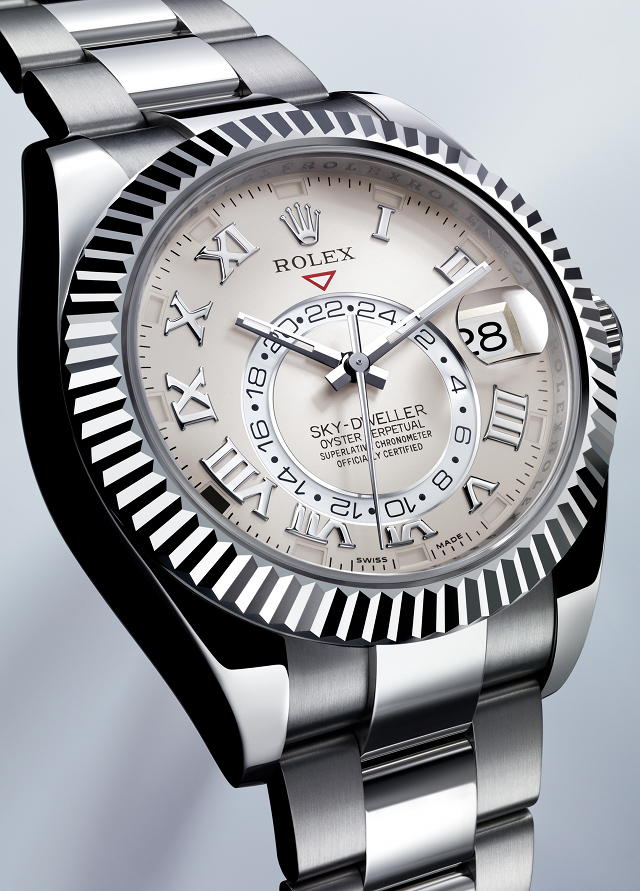 The first, and surely the biggest surprise is that Rolex have made an Annual Calendar watch. I can’t even begin to list the number of times I have heard Rolex folk tell me that they had no interest in this market; that they knew what they were good at, and they were happy to cede that business to the specialists. 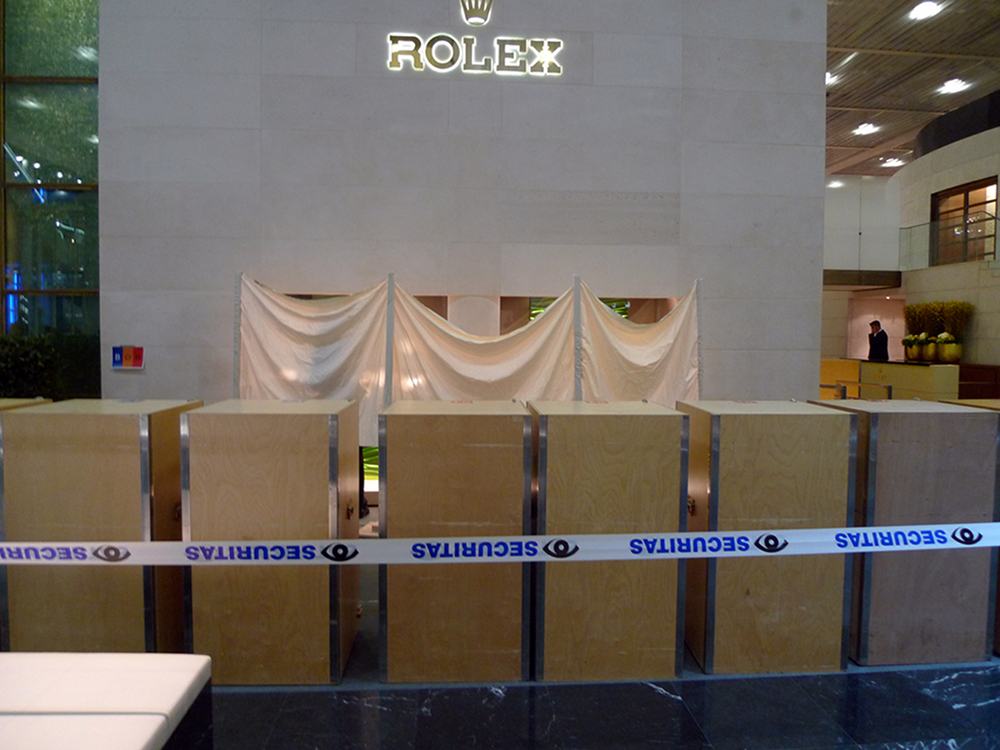 Rolex are famously tight lipped about forthcoming introductions & they took no chance that information on this new watch would slip out, even moments prior to the official Basel launch, just have a look at their stand 45 minutes before the launch. Not only is the area near the windows secured with barriers & tape, but the actual watches have little cloth condoms on them, and the name plates are inverted, so that the face is on the bottom of the vitrine. Nothing was left to chance. 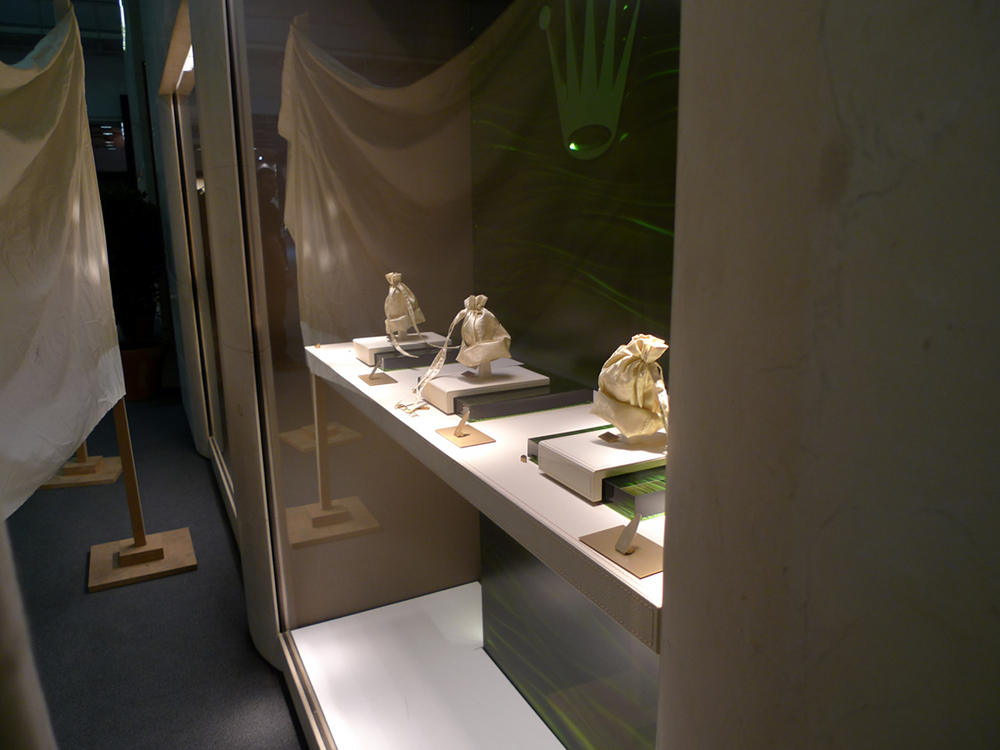 But detailed investigation shows that the annual calendar has been in the Rolex gunsights for almost twenty years, the first patent they bought for this complication was initially filed in 1996. Then they developed this patent further with improvements and adaptations, subsequently filing patents in both 2003 and 2005. But the real genius move from Rolex was to take these innovations and combine them with the ‘Ring Command System’, first seen on the Yachtmaster II, where the rotating bezel becomes an important part of the setting system of the watch.

This enabled Rolex to offer an annual calendar without any of the push pieces normally needed for setting such a complicated watch, thereby ensuring that the watch would have the same level of depth protection as the rest of the line. 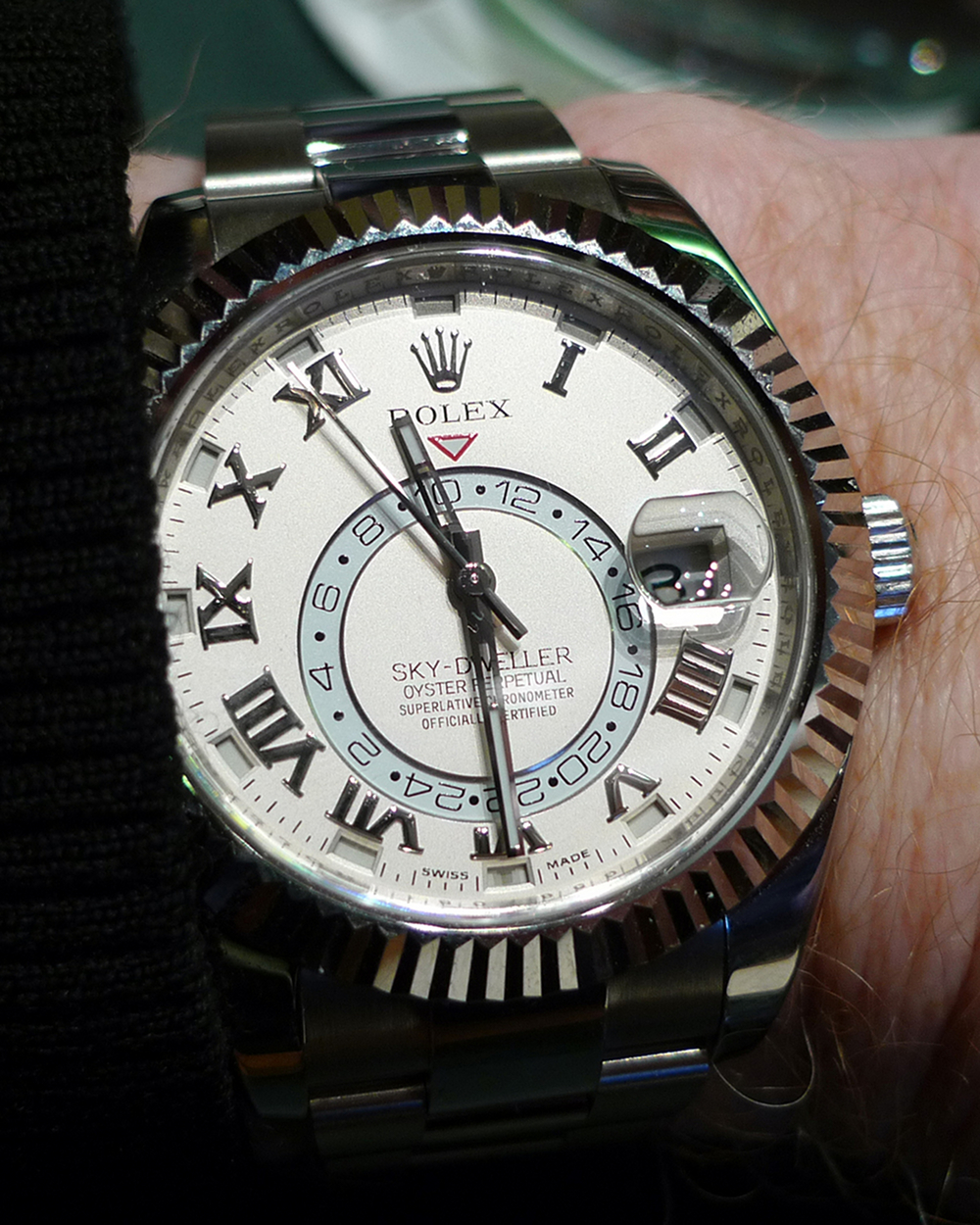 But, to me, what was even more surprising was that the watches I saw and handled at Basel were fully working models. I can hear many of you going ‘Huh?’ at this revelation, but the truth is that Rolex only ever show non-working display models at Basel, always set to 10:10:28 on the 28th of the month. 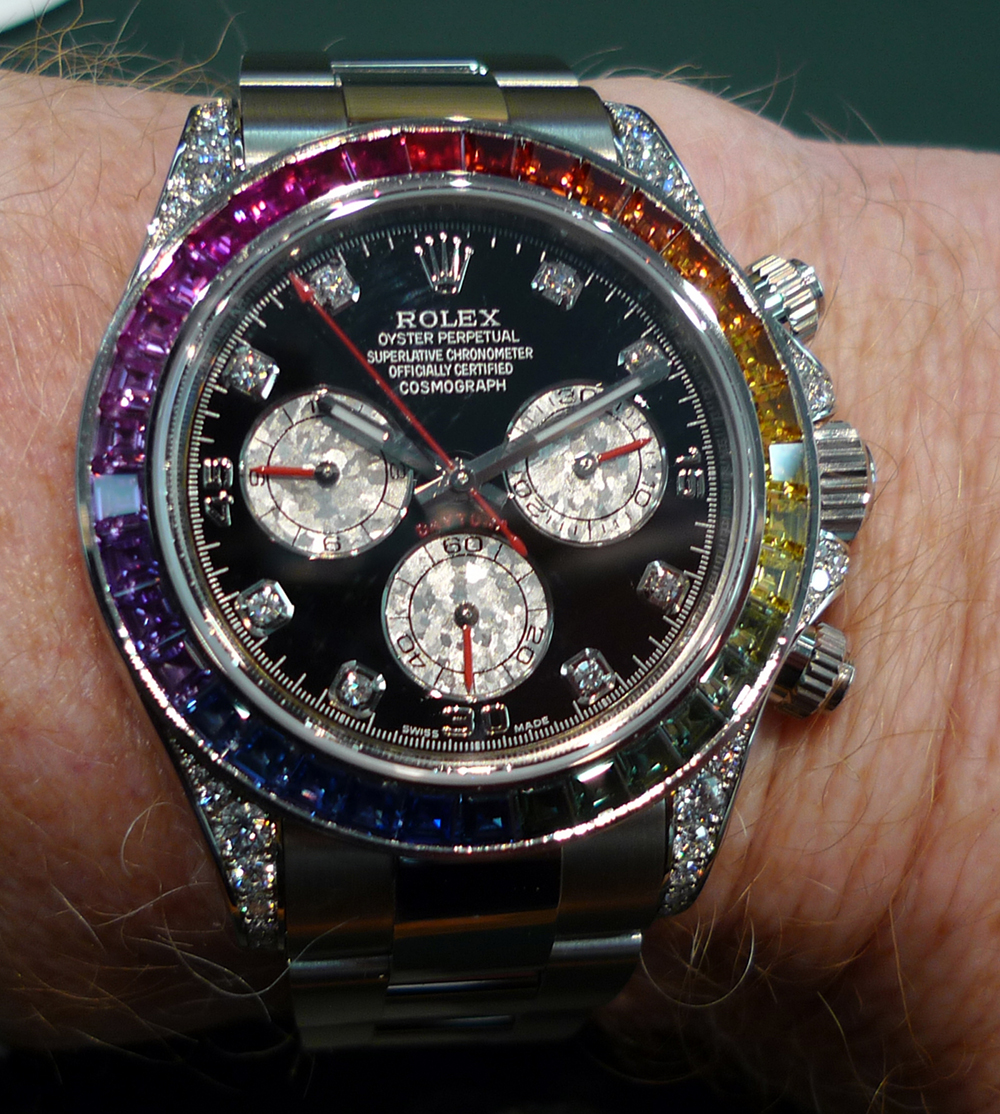 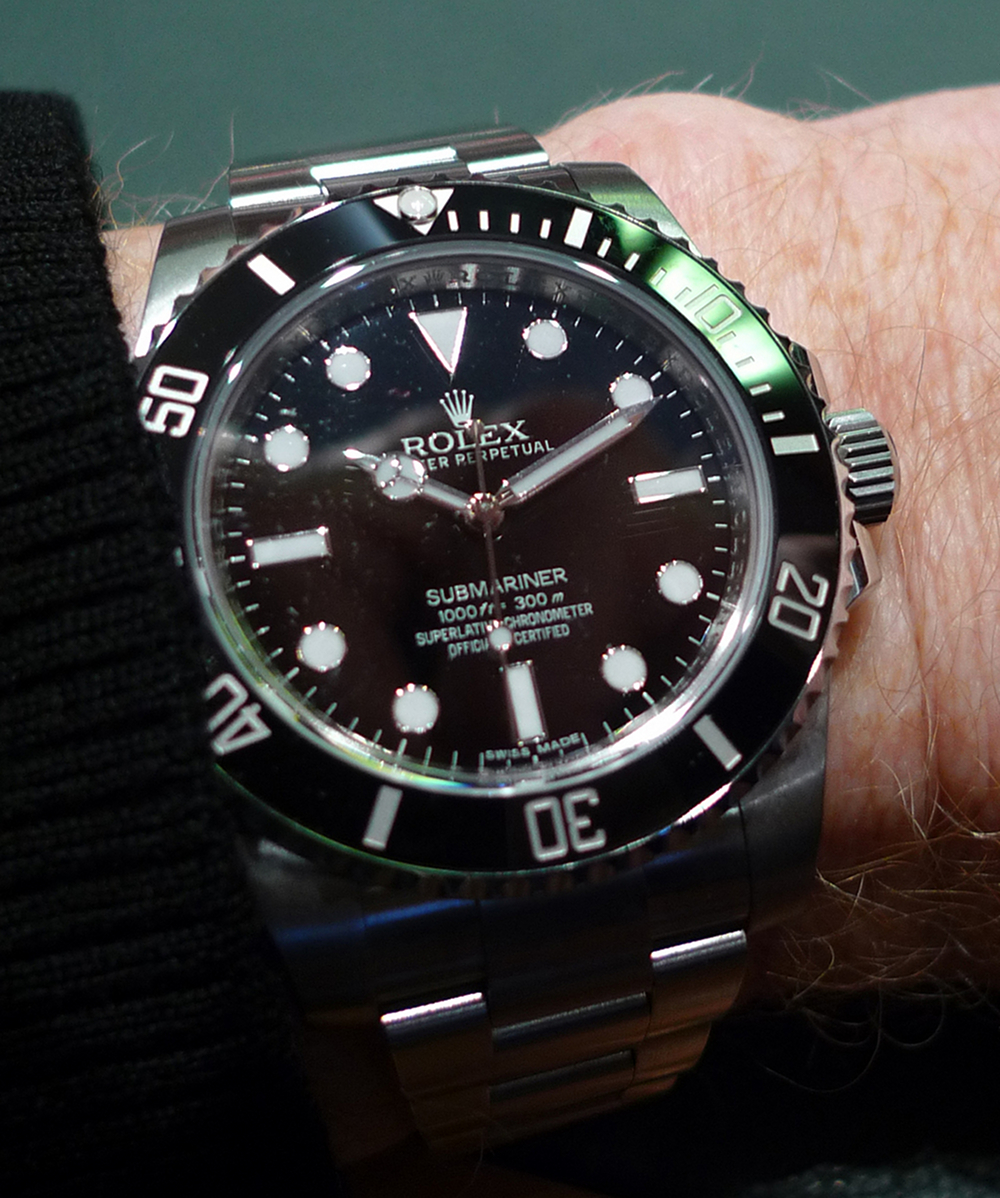 I assume that these display pieces have movements inside them because they weigh the same as the production pieces, but after almost two decades of visiting the Rolex stand at Basel, I had never seen a working watch previously. And this wasn’t just a working watch, it was the most complicated watch that Rolex have ever manufactured, and every one of them on the stand was not only working, but was being put through all of its functions several times every hour, in order to demonstrate it to the eager clients and the press.

The watch has met almost unanimous praise, the few criticisms centring on the price; come on folks, did anyone think that it was going to be cheap? Others have commented that they don’t like either the decentred 24 hour ring or the mix of Arabic and Roman numerals. Frankly I fail to see their problems, the applied Roman figure dial has been in the Rolex catalogue for years, so are they suggesting that the 24 hour ring should also be in Romans? Anyone here know what 23 looks like in Roman, it’s XXIII, plenty of space for that on the little hour ring; right! As to the decentred hour ring, no-one complains when Breguet or A. Lange makes it an integral part of their design. I am sorry but If that is all that folks can find to complain about, then it looks like Rolex have really got it right this time; which ISN’T surprising.