Badollet is a “new-old” watchmaker in Geneva specializing in low production, high end watches. The company currently produces as few as 50 watches per year, with a goal of likely no more than 100.

The Badollet family represented an uninterrupted line of watchmakers from 1655 until 1924. Jean Badollet I was the first watchmaker in the family, living from 1626-1652. But the family’s role as watchmakers begins with Jean Badollet II, who lived from 1635-1718, and had four sons apprenticed to watchmakers, and a fifth to a watch-case maker. Around 1705 , Jacques- Marc (1681-after 1722), who lived in Paris, on the quai Peltier and who was activethere up to at least 1722, signed his watch with the inscription “Badollet A Paris” as seen in “The Triumph of Amphitrite”, the oldest watch in the Badollet Collection.

Entering the 19th century, Jean-Jacques Badollet worked mainly with important foreign watchmakers – such as Abraham-Louis Breguet (1747-1823) – for whom he produced movement blanks and performed finishing operations. His son, Jean-Moïse founded his watchmaking company in 1937 in London called J.–M. Badollet & Co. Known as a watchmaker and importer of foreign watches; he signed a contract in 1854 with his Swiss business partner, Gustave Huguenin, to establish a new manufacturing company called J.-M. Badollet & Cie in Geneva. Leaving his associate Mr. Huguenin to manage the company in London, Jean-Moïse moved back to Switzerland to run his business in Geneva.

The family earned a fine reputation for their complicated watches and for precision. Their success testifies to the superior quality of their chronometers. J.-M. Badollet & Cie won the 1st prize at the Observatory contest for chronometry in 1872. The same occurred in the second and third competitions in 1873 and 1875, where J.-M. Badollet & Cie won the top prize for the best results.

In 1924, Gustave Badollet passed away, ending seven generations of watchmaking in the family.

Badollet might be just another footnote in watchmaking were it not for several fortunate circumstances. In 2006, a member of the Badollet family discovered the family’s history in watchmaking and registered the name. A private investor, also passionate about watches, but desiring to be anonymous, provided the financing necessary to relaunch the brand. The first watches produced used movements from BNB. Following the bankruptcy of BNB in 2010, Badollet decided it needed to branch out and develop its own movement. 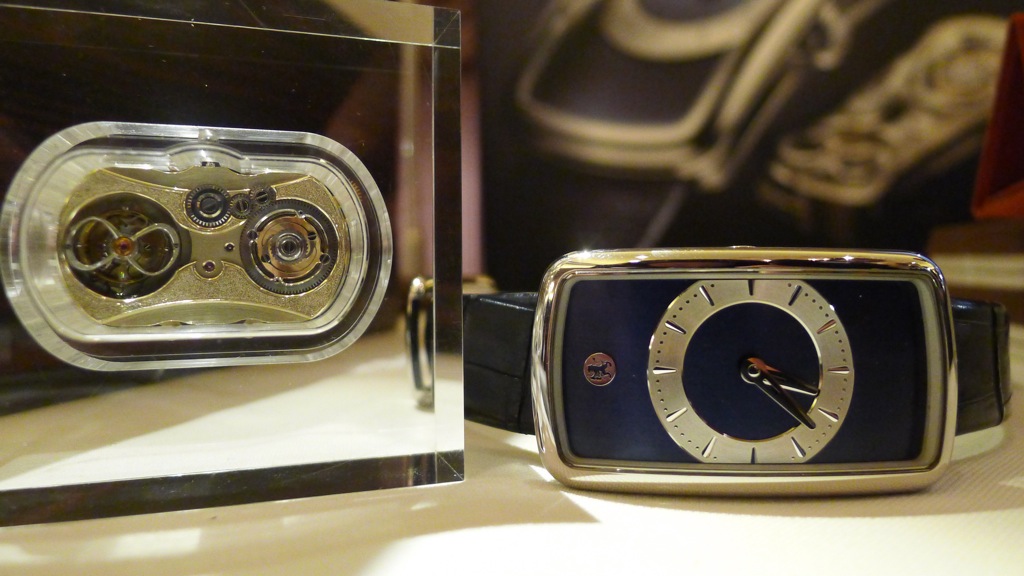 A partnership between Badollet and designer Eric Giroud produced the design of the company’s new flagship, the Ivresse. For the movement, produced exclusively for Badollet, they found David Candaux, a young watchmaker that spent about 15 years with Jaeger-le-Coultre on “grande complication” and was launching his own company. The resulting watch is as elegant and simple in appearance as it is complicated in mechanism. 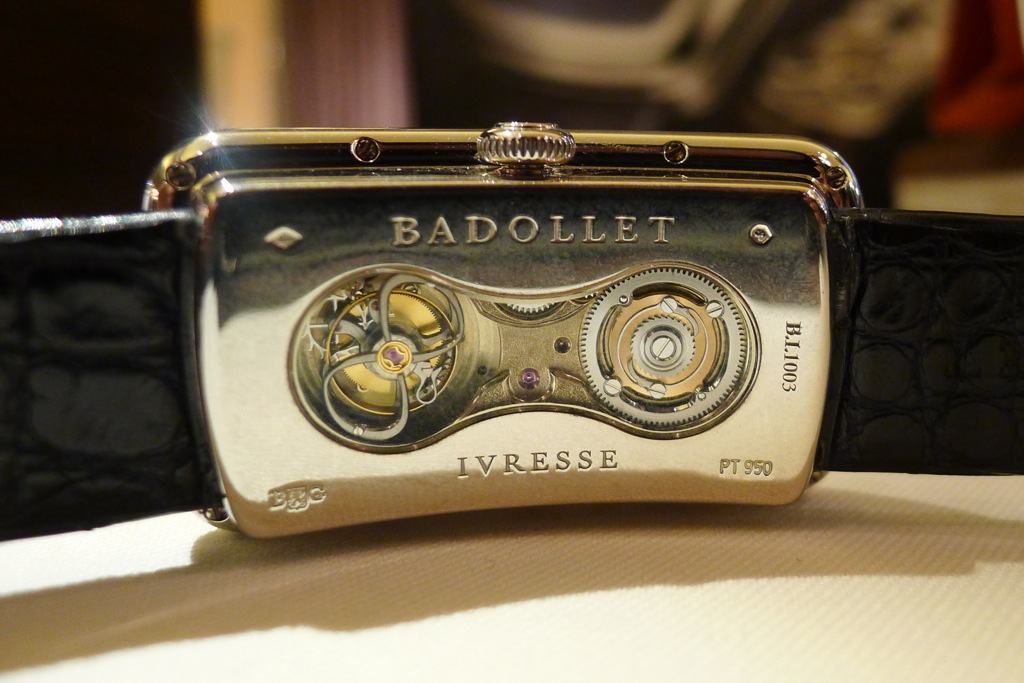 The Chief Executive Officer of Badollet is Philippe Dubois, who came to Badollet from Concord. Special thanks to Philippe for patiently answering my questions and providing me the background on the company! Company history extracted from Badollet’s brochure. 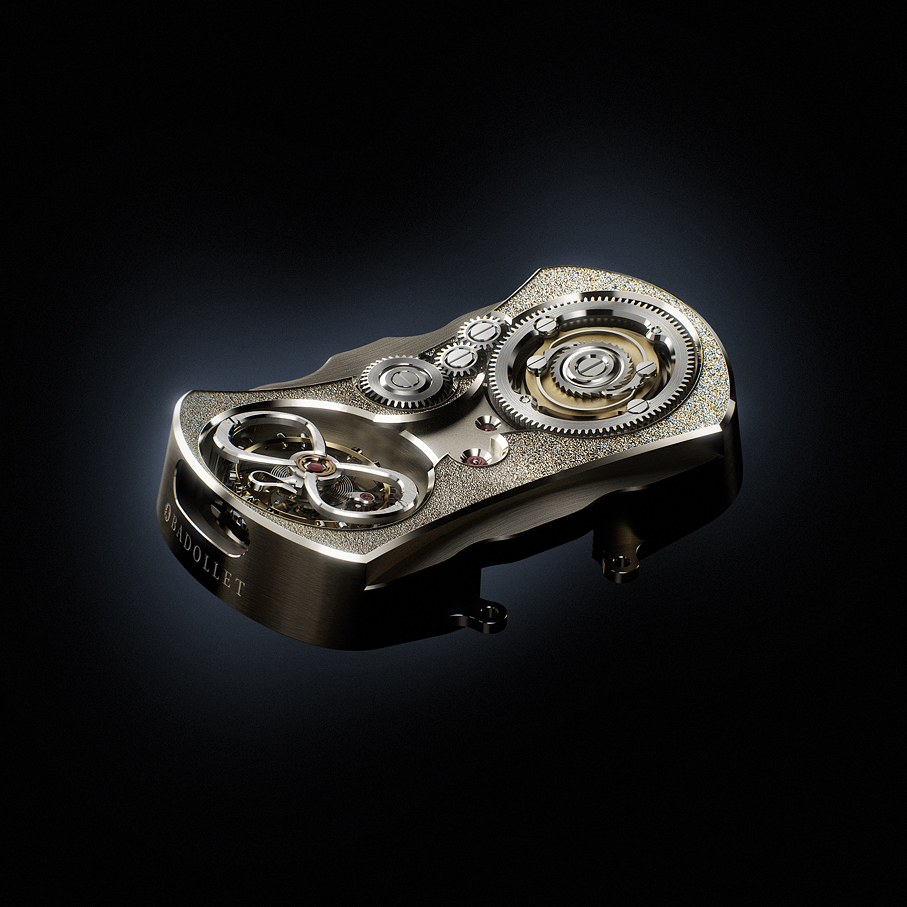 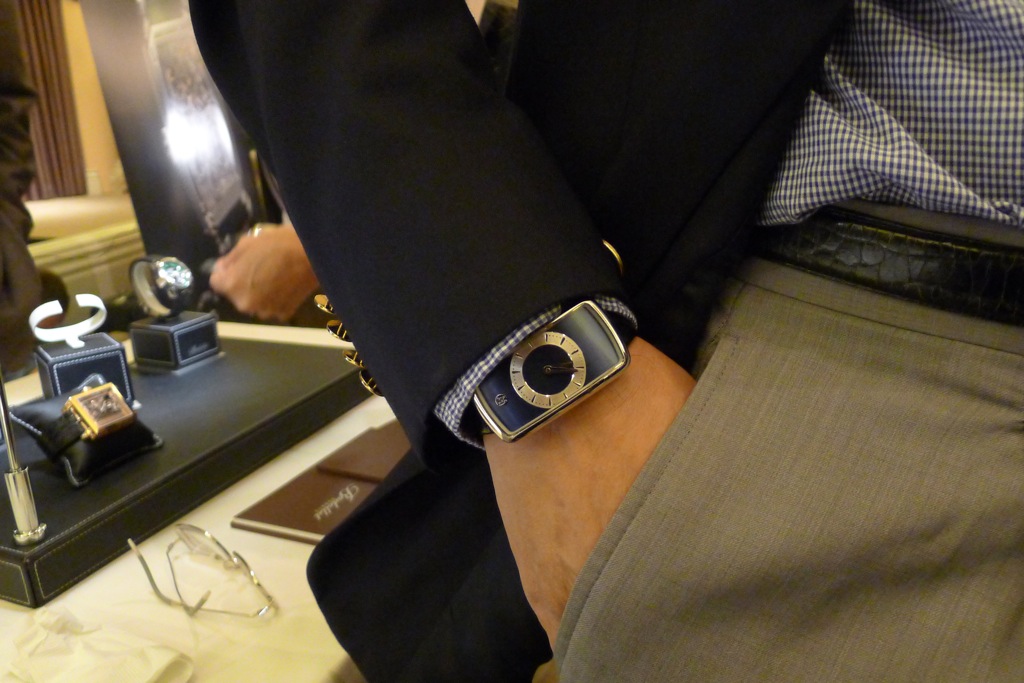