The Barclays Center, the state-of-the-art home of the NBA’s Brooklyn Nets, welcomed Hublotistas and VIP watch fans from the TimeZone community for a big night out of conversation, cocktails and dinner with Jean-Claude Biver. The Hublot chairman and guests were welcomed to the event by 10-time NBA All-Star and Brooklyn Nets head coach Jason Kidd. 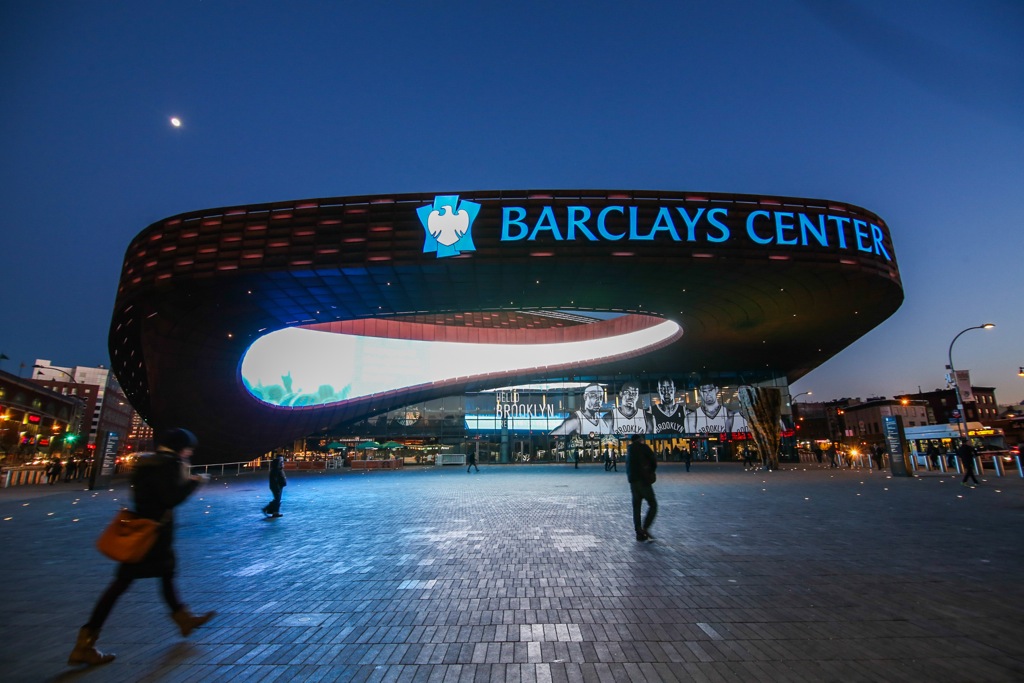 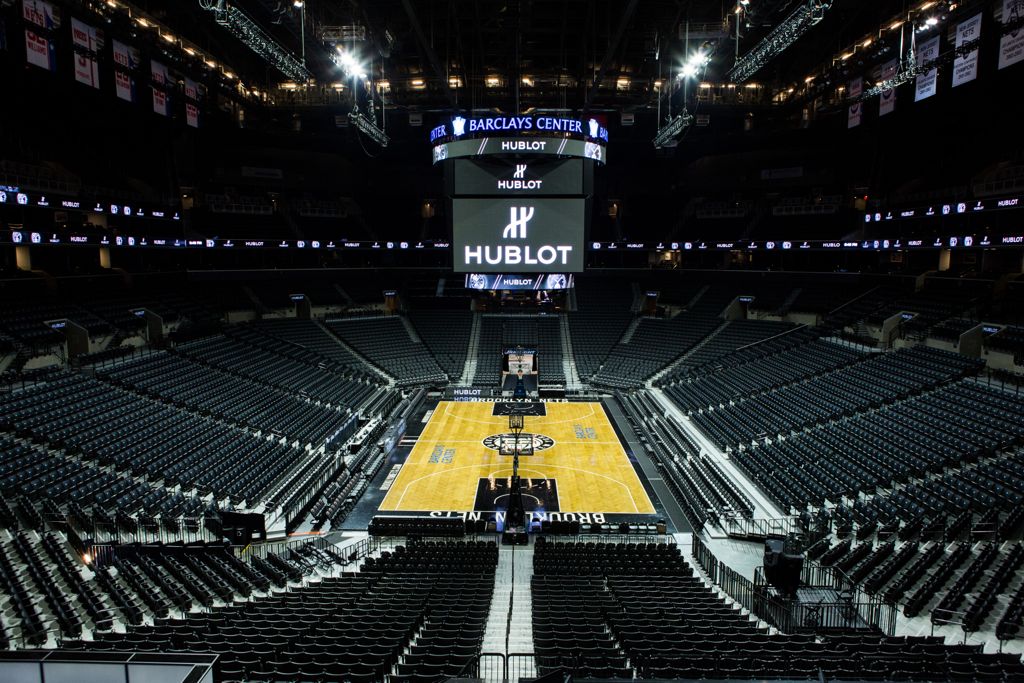 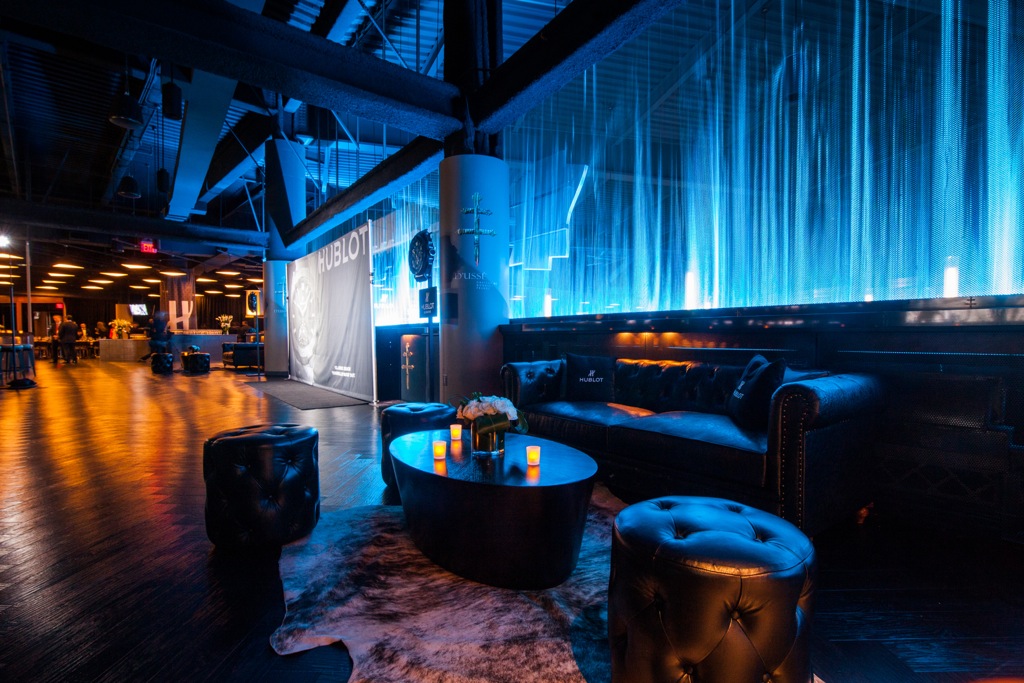 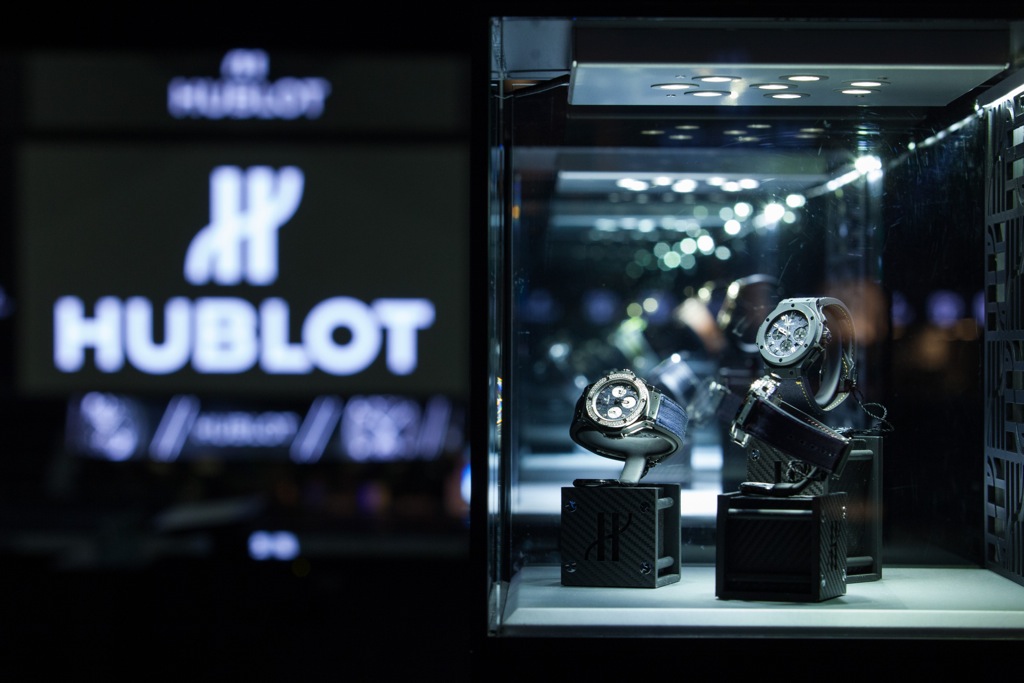 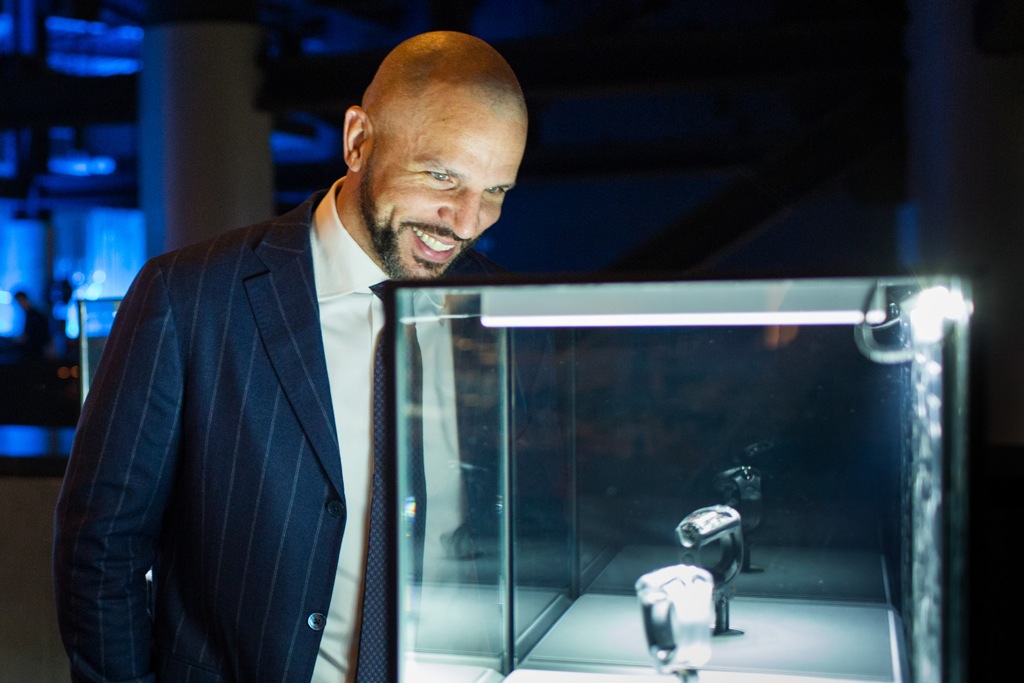 The occasion served as the US premiere of collections that recently debuted at the Geneva Fair, including the limited edition Big Bang Unico All Black 45mm, Big Bang Dark Jeans, the three new Big Bang Ferrari 2014 references and the Classic Fusion Night Out Tourbillon, which was the refined tuxedo inspired icon for the evening. The MP-05 LaFerrari with the World Record 50 days of power reserve also made a stateside appearance to the excitement of onlookers, including many fellow watch executives who attended as friends of Mr. Biver. 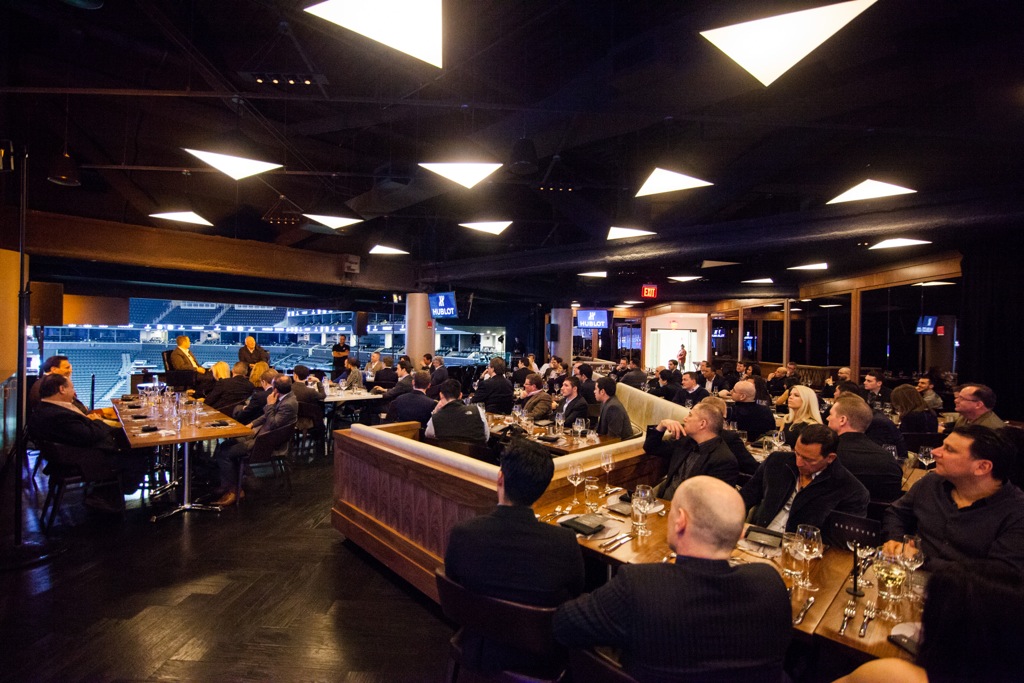 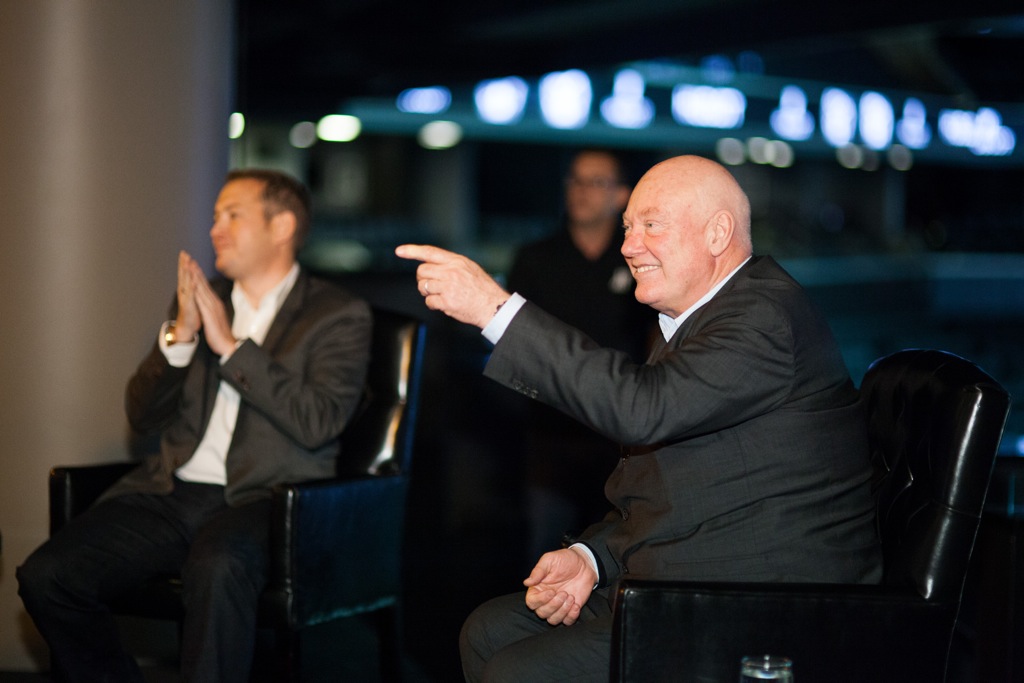 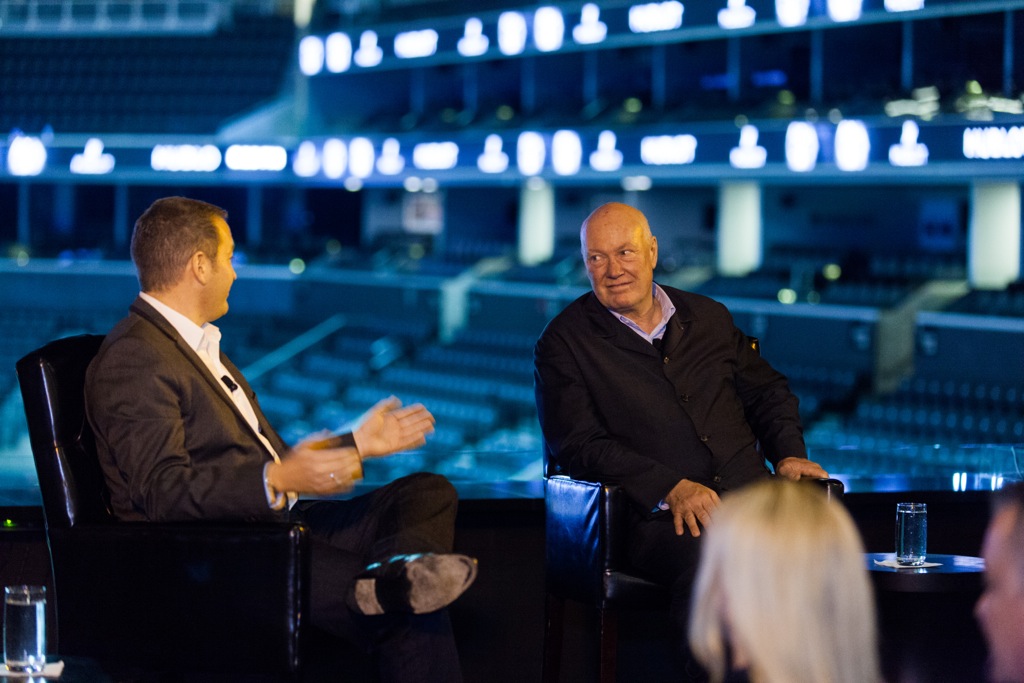 Andrew Luff of TimeZone moderated the Q&A session with such questions as, “How do you keep the passion alive?” to “How does the Big Bang evolve over time?” Jean-Claude Biver both began and ended the conversation that it’s “all about love” with regard to what he does and how he does it.

The relationship between Hublot and the Barclays Center began when the ultra-modern arena opened its doors in 2012 as the new home of the Brooklyn Nets. The partnership makes Hublot the Official Timekeeper and Watch of both Barclays and the Nets, with the arena boasting over 100 oversized Hublot clocks! In 2013, Coach Jason Kidd became a friend of the Hublot brand and he is regularly seen wearing his Big Bang Unico or Classic Fusion Skeleton while coaching from the sidelines.

The partnership is founded both on the brand’s support of sport and philanthropy, two key pillars also illustrated by partnerships with the Miami Heat, Los Angeles Lakers, Usain Bolt, Bayern Munich and Turin’s Juventus soccer teams and their charitable initiatives.

In this case it is not only the Center’s rapidly rising Brooklyn Nets basketball team, but also the Jason Kidd Foundation that is dedicated to improving youth education through mentoring, tutoring and technology programs.

In the customary Hublot spirit, Mr. Biver presented coach Jason Kidd with a check to support the ongoing efforts of the Jason Kidd Foundation and the great work they do in the greater Metro Area.

To provide Mr. Biver and the many visiting guests a warm welcome to Brooklyn, dinner was a fresh-local culinary affair prepared by popular Brooklyn restaurants such as Calexico, Fresco by Scotto, Redhook Lobster Pound, and dessert by The Chocolate Room. 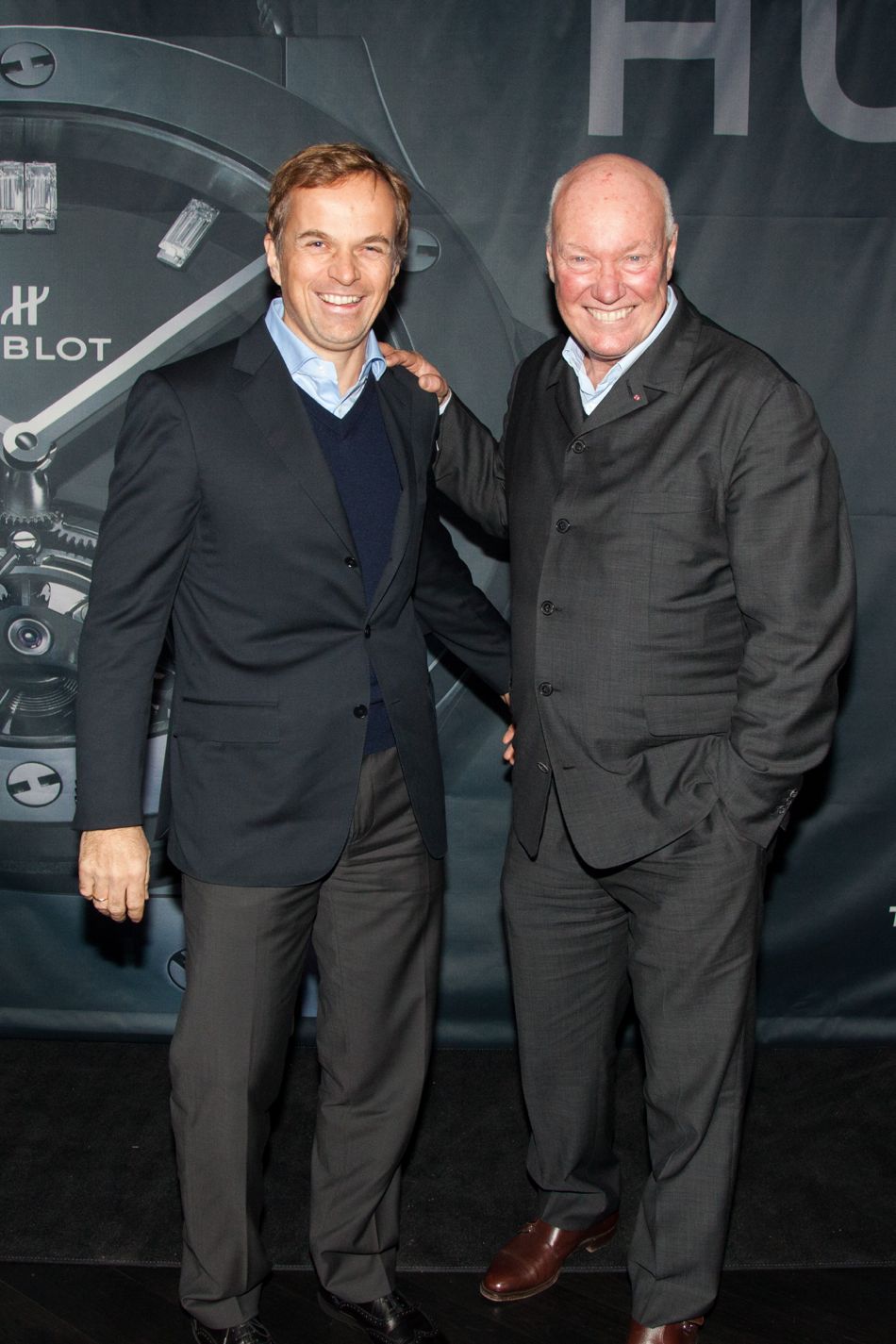 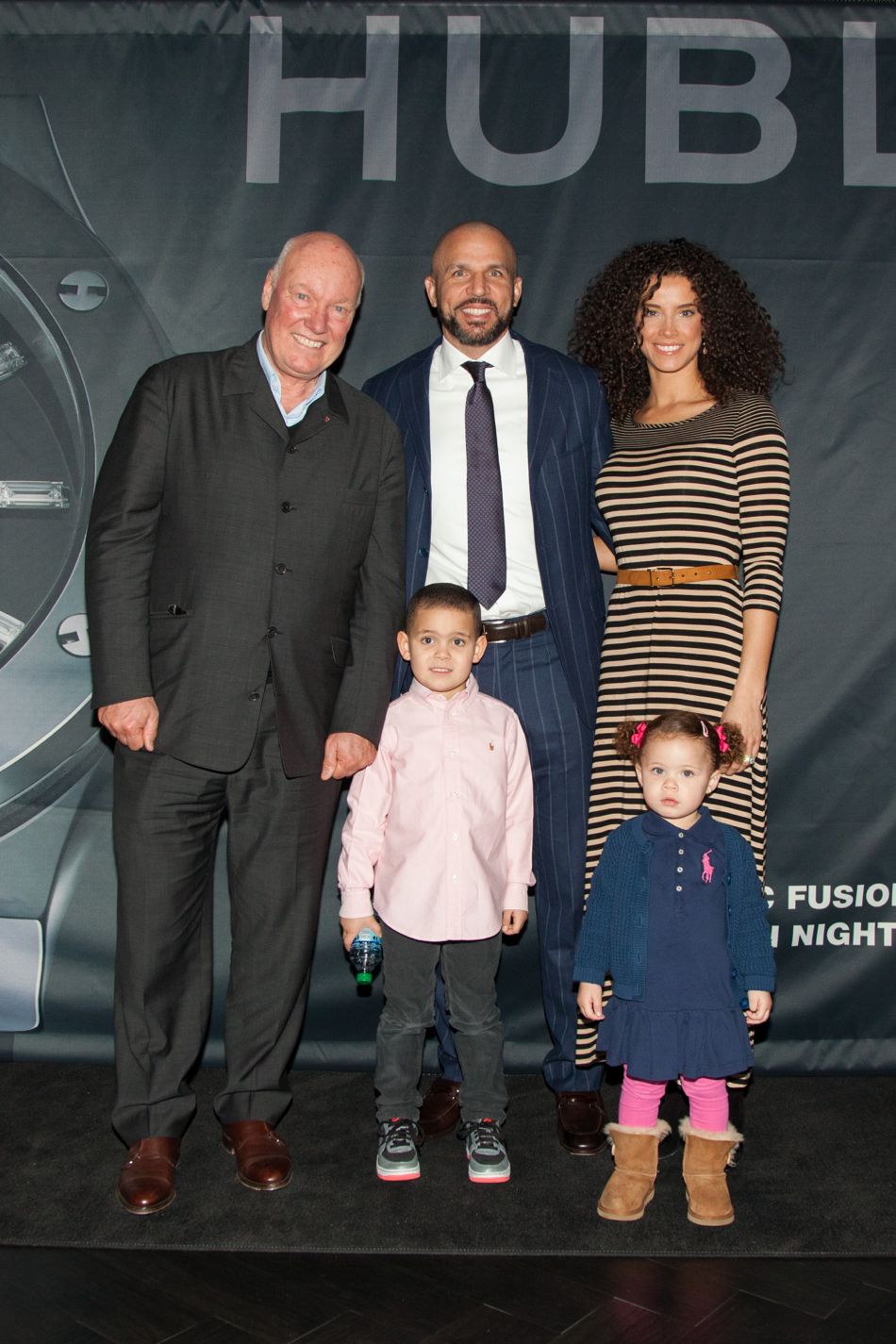 Jean-Claude Biver with Jason Kidd and his family 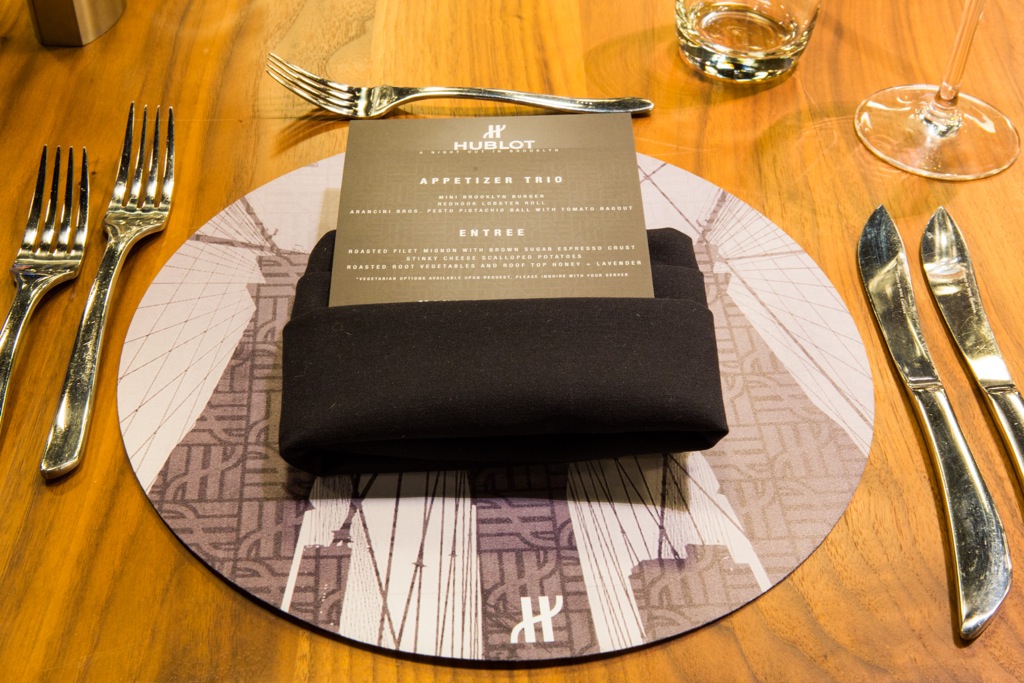 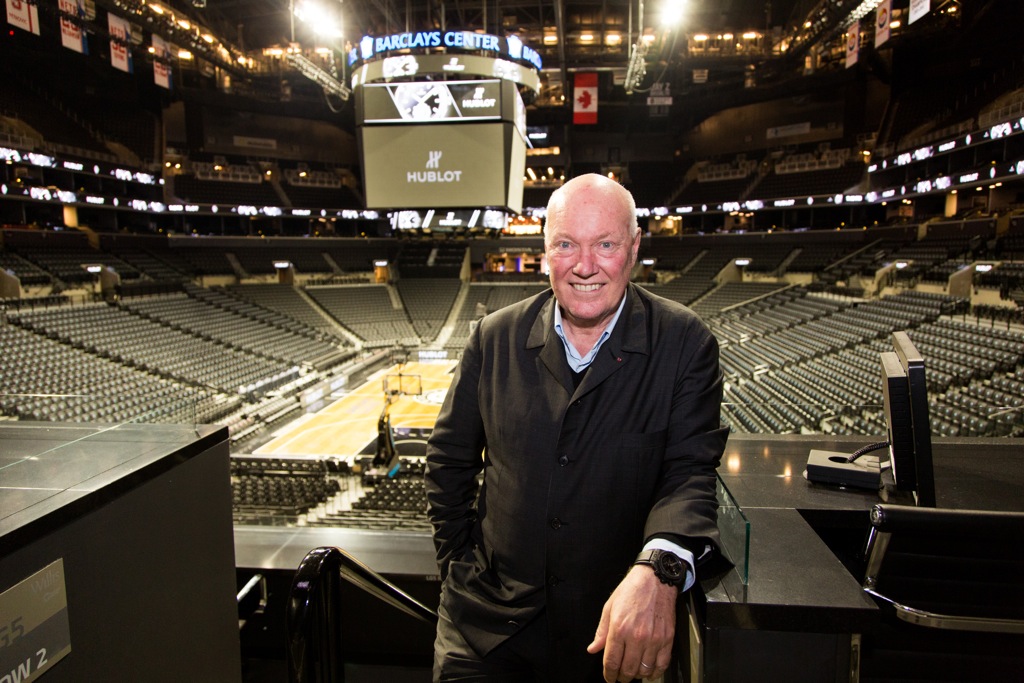 Jean-Claude Biver kickin’ it at Barclays Center
About author