In 1971, Girard-Perregeaux won the chronometer accuracy competition at the Observatoire de Neuchâtel against competitors from Switzerland and Japan. They did so with their newly developed quartz movement, the GP350. This was the first mass-produced quartz movement having a micro processor controlled stepper-motor and operating at 32,768 Hz, as became the norm for quartz. The Swiss industry magazine ad below is from 1972 and mentions the the success of the GP quartz movements over the previous two years of Observatory competition. The movements were also used by other manufacturers, including Jaeger LeCoultre in their “Master Quartz” line. Through the wonder of Google Translate I note that the ad stresses that the GP quartz watches can be sold on the basis of their reliability and precision. The relative accuracy and ability to run without input for years were major factors that appealed to the public, even moreso than with the previous electric and electronic watches. 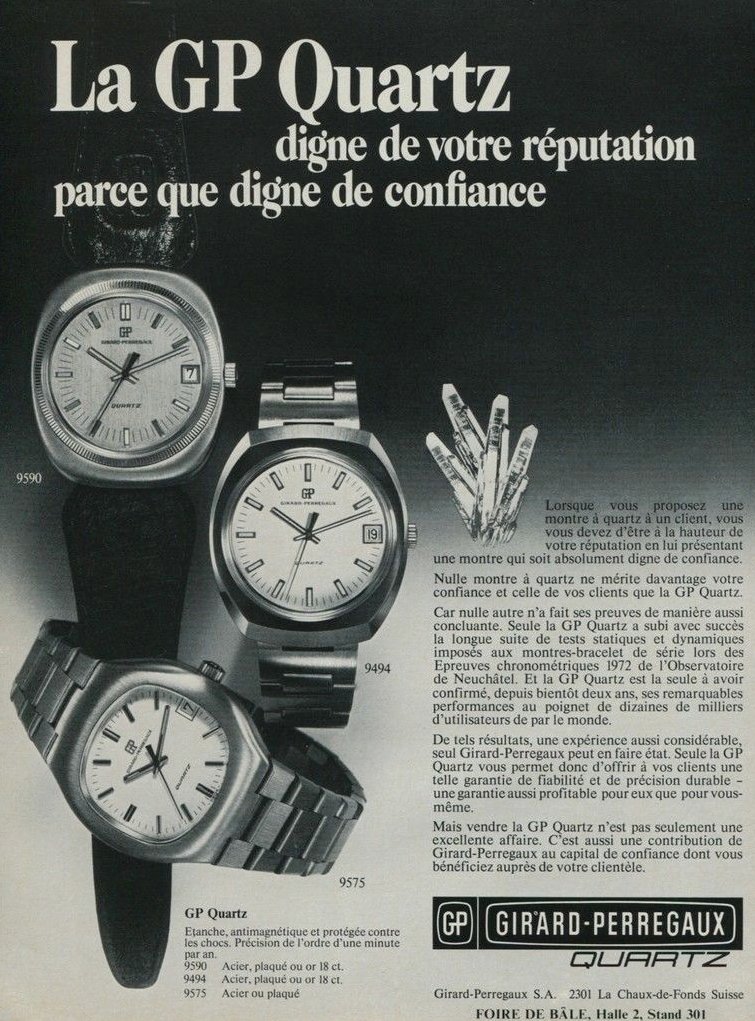 My example is from 1972, housed in the distinctive massive steel cushion case with fluted bezel, matching the model 9590 shown to the upper left of the ad. The movement is the cal. 352, a version of the original GP cal. 350. The watch was NOS when I acquired it in the early-2000s as significant stocks of NOS examples of these watches in varying styles were sold off. I obtained this one in order to have a nice clean, working, example of a significant step in the development of early quartz technology. 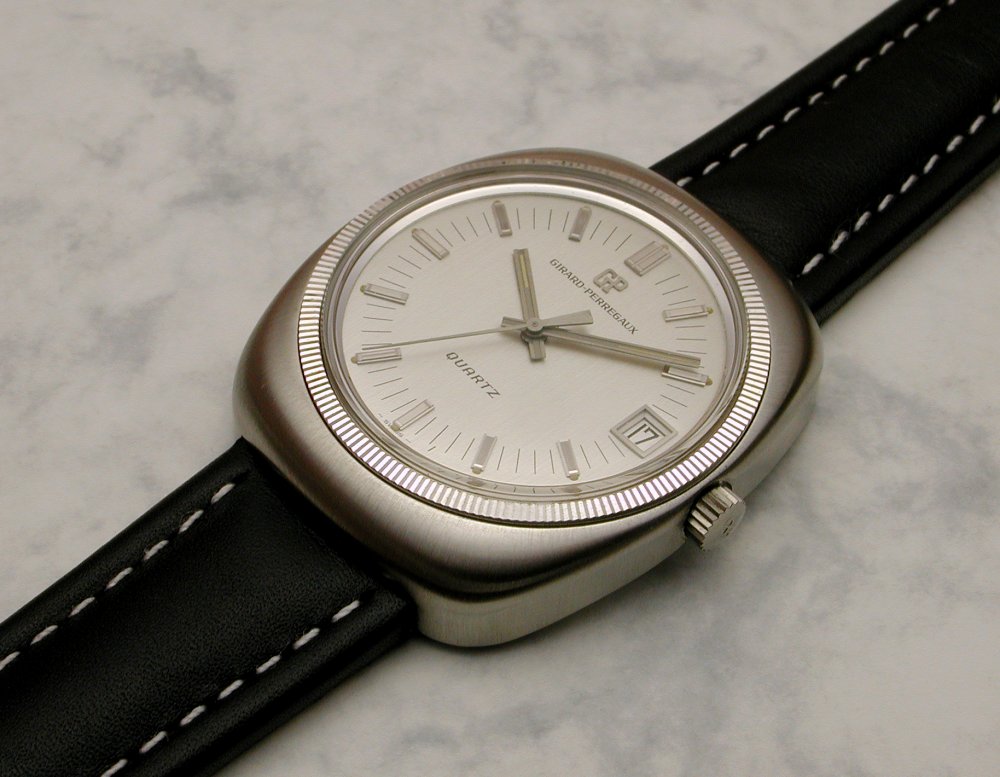 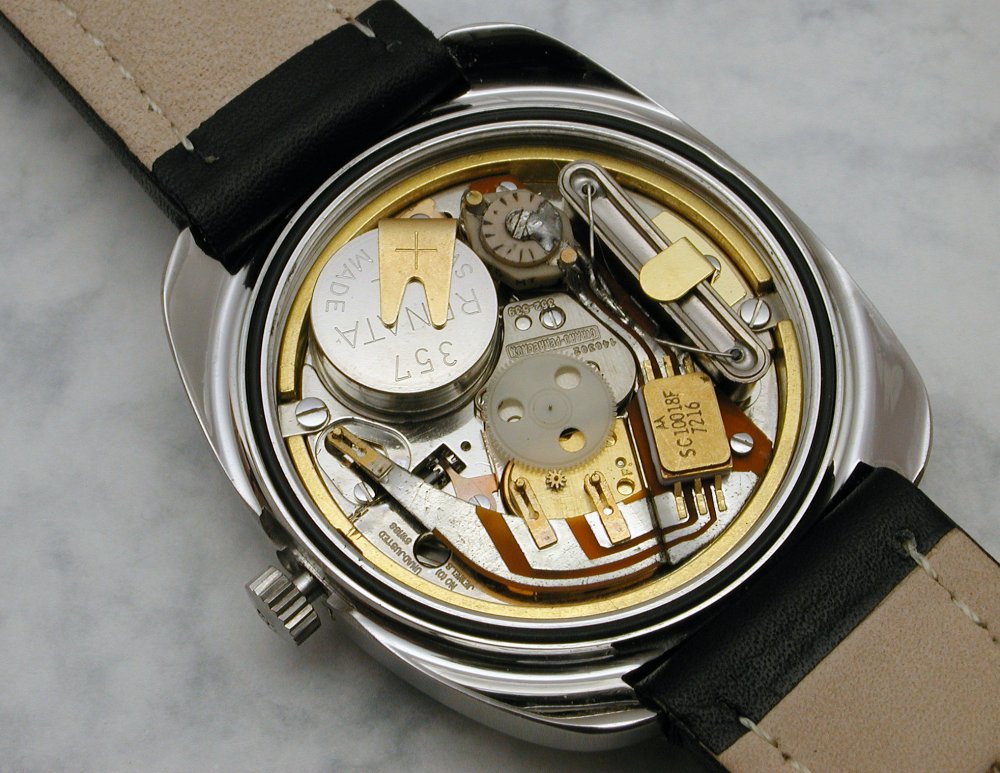 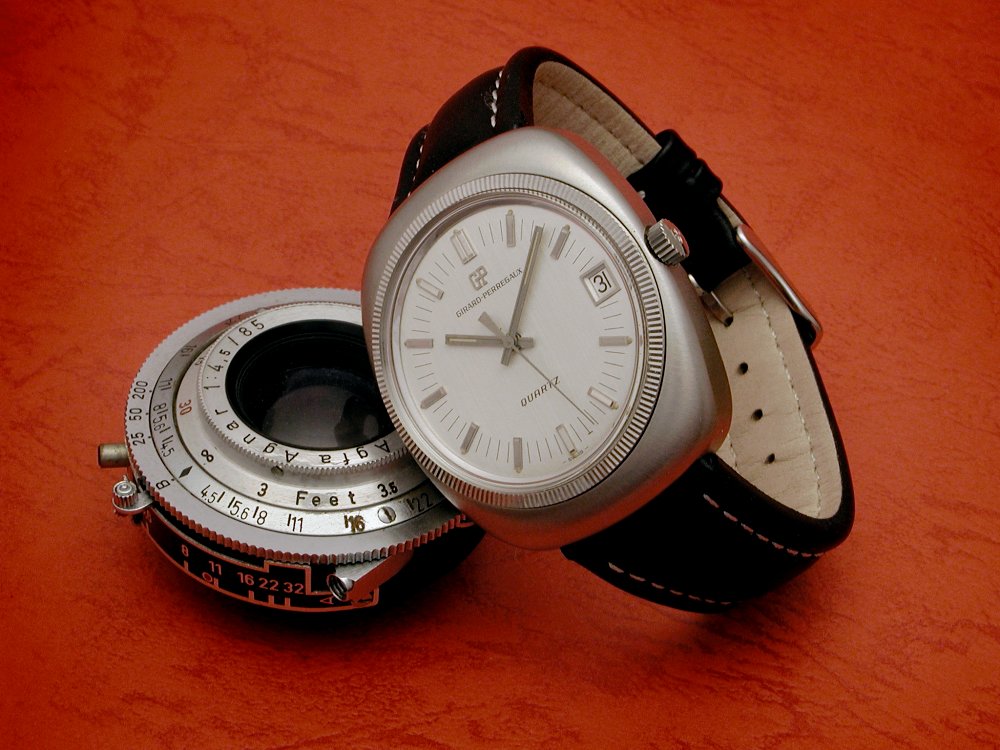 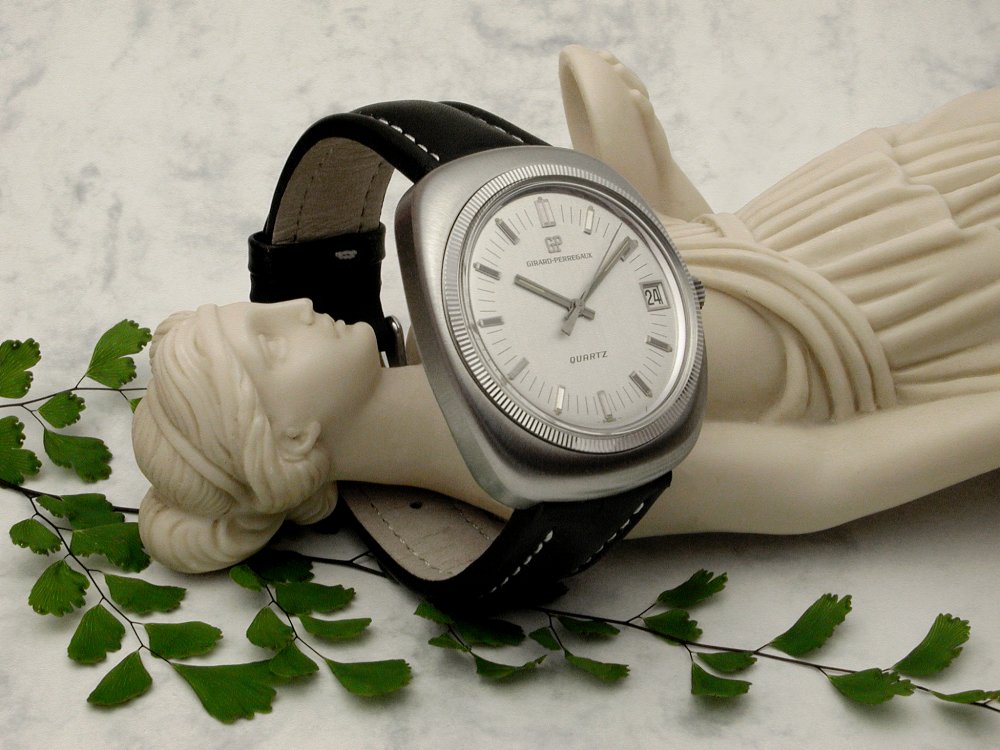