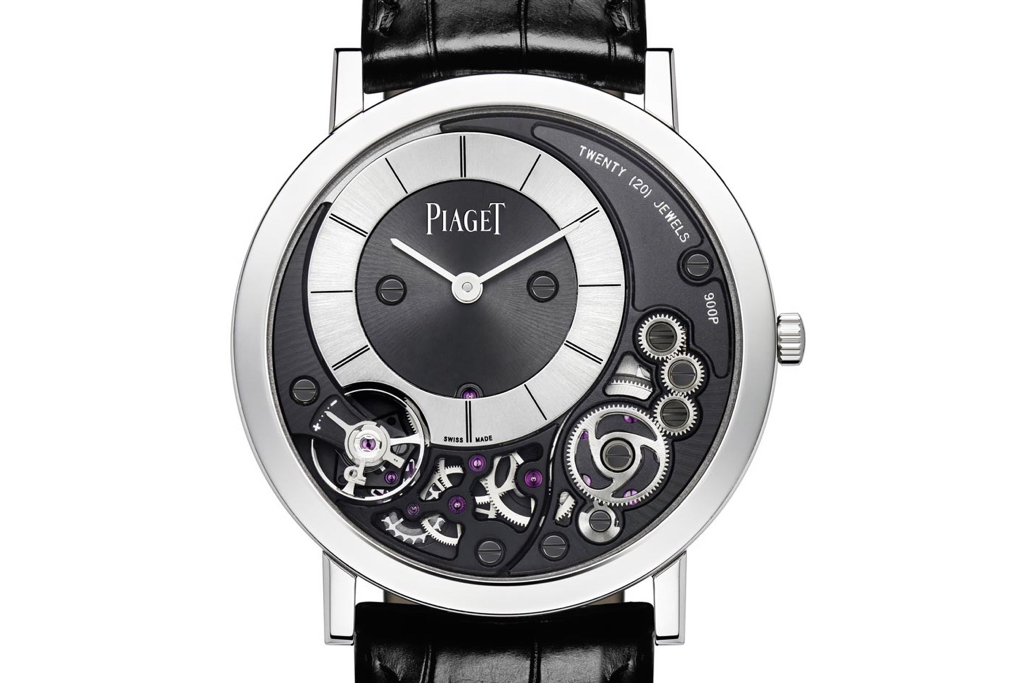 The Piaget Altiplano 900P is neither entirely a hand-wound movement nor entirely a case. The elements are, in fact, merged into both to result in the world’s thinnest mechanical watch. The construction of the solid caseback doubles as a movement mainplate for the 145 total component parts such that Piaget was able to achieve a record-breaking slenderness of just just 3.65 mm thin. To optimise space, Piaget designed a suspended barrel, attached by a single bridge on the dial side, in contrast to traditional barrels which are also attached on the bottom plate side. Notwithstanding this unique architecture, the calibre delivers 48-hours of power reserve.
With an off-centred hours and minutes display contrasted by black bridges that are assembled on the dial side, as well as an exposed gear train, the Altiplano 900P exudes a refined and contemporary aesthetic.

One of six finalists for TimeZone’s 2014 Watch of the Year, the winner is chosen exclusively by the TimeZone community and the finalist with the most community votes by noon EST on Monday, March 2, 2015 shall win the 2014 TimeZone Watch of the Year Award.