An Evening with Kari Voutilainen by JESSICA

Kari Voutilainen is a quiet, introspective man. During a recent discussion with him about his life’s work, it became apparent that Kari has mastered all areas of watchmaking. In addition to being a technically inventive watchmaker, he is an uncompromising craftsman with an exquisite style.

Kari was born in Finland with no watchmaking background in his family. A family friend introduced him to watchmaking when he was a young boy. When Kari turned 13 or 14 years old, he told his father he wanted to work with his hands and be a watchmaker. 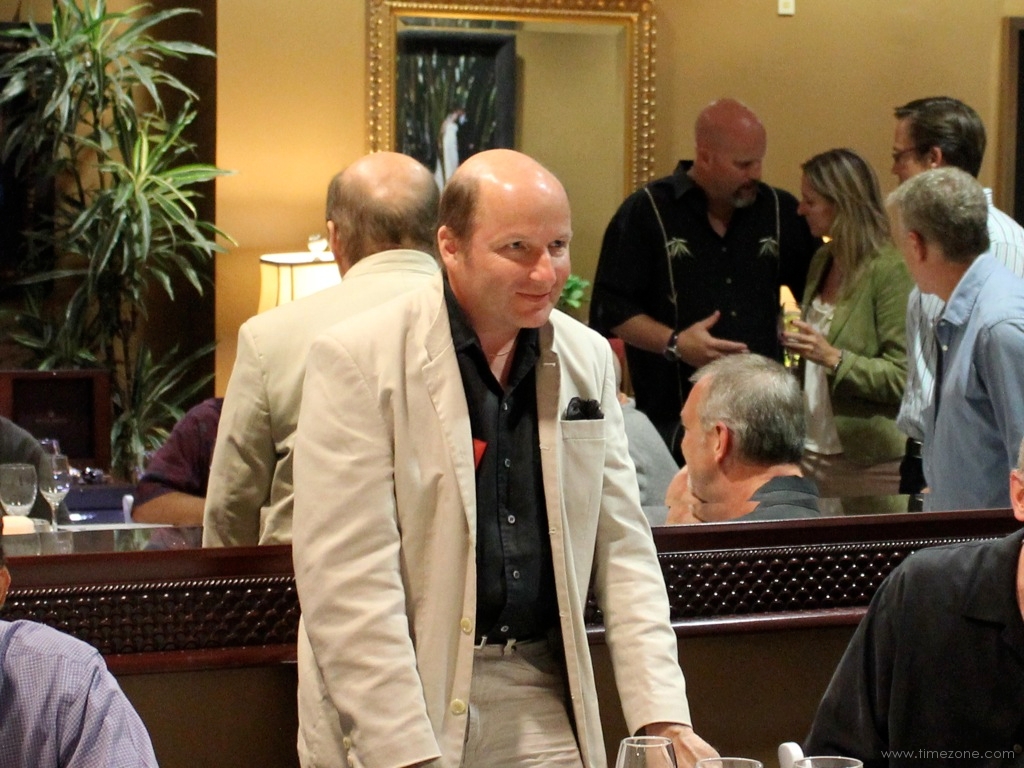 At the age of 19, Kari enrolled in the Finnish School of Watchmaking in Tapiola, Finland. It was the first time he actually enjoyed school and he excelled in his studies.

Upon graduation, Kari worked in Finland for one year. Desiring to learn more, in 1988 he made his first trip to Switzerland. He returned to Switzerland again in 1989 to continue his studies at the International Watchmaking School. By 1990, he secured a job at Parmigiani. Kari was 30 years old and, as he describes, “It was the best experience in my professional life.”

At the time, Parmigiani was a small company of twenty watchmakers that mainly provided private-label work for others. “I had my dream job making tourbillons, minute repeaters and restoring everything you could dream about,” he recalls.

Kari smiles as he reminisces, “When I started, Michel Parmigiani told me, ‘I offer you a bench and a lamp.'” Meaning, the young watchmaker had to purchase his own hand tools. Kari smiles even bigger as he continues, “I even had to buy my own chair.” 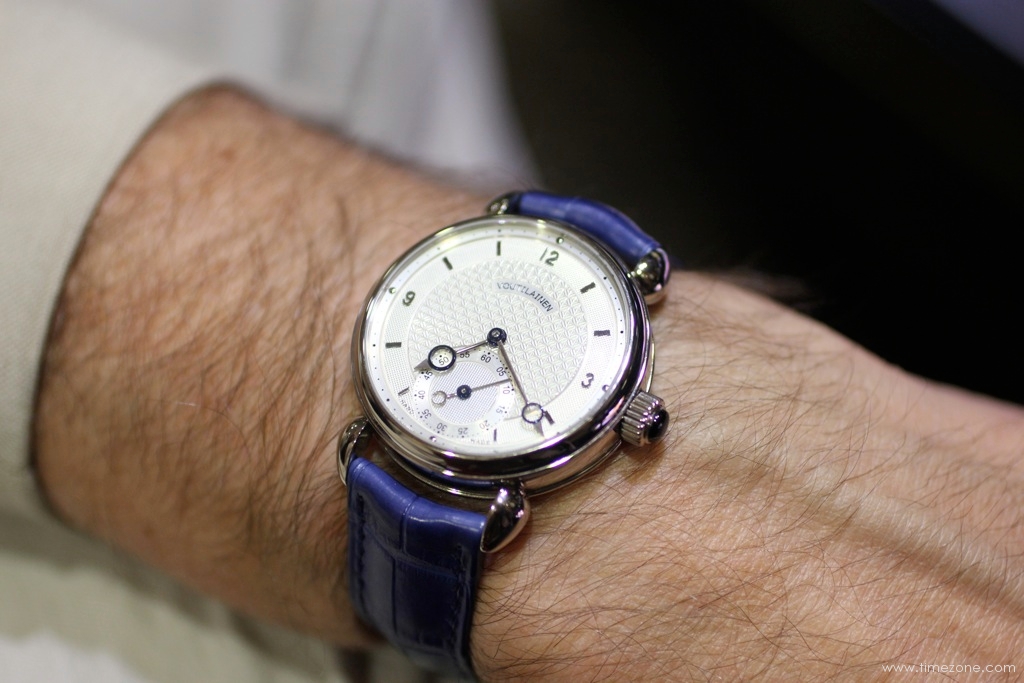 While at Parmigiani, Kari worked with a 70-years old watchmaker. This watchmaker trained Kari to be methodical, meticulous and uncompromising; he also encouraged Kari to make his own watch. As Kari explains, “Work ethic was very important and this older gentleman insisted everything had to be done right. Philippe Dufour is a very good example of another old school watchmaker who insists that things have to be done right. There are no shortcuts.”

After his workday, Kari worked on his watch project during evenings at home. In 1994, Kari completed his first watch. It was a pocket watch tourbillon with a power reserve indication. For his next projects, Kari was commissioned to build a constant force escapement for a clock, then a minute repeater, and numerous restorations for both simple and complicated timepieces.

In 1995, Kari first met Peter Baumberger, the then owner of Urban Jürgensen. This would be the beginning of a long relationship with the brand that would eventually involve prototyping the Urban Jürgensen movement and doing the practical work for the brand’s production and finishing.

Then, Kari started teaching at the WOSTEP School of Watchmaking. This was another invaluable work experience. Kari laughs as he explains, “I was only supposed to work half-time, but ended up working 150%-time.”

After three years of teaching experience, Kari rented an apartment to start his independent workshop. For the first year, he worked alone. Another smile comes over him as he explains that working alone was too difficult “since there was nobody to talk with.” A colleague joined Kari part-time, and then, permanently on a full-time basis. During those early days, they did restoration work, consulted for other brands, as well as made numerous prototypes. 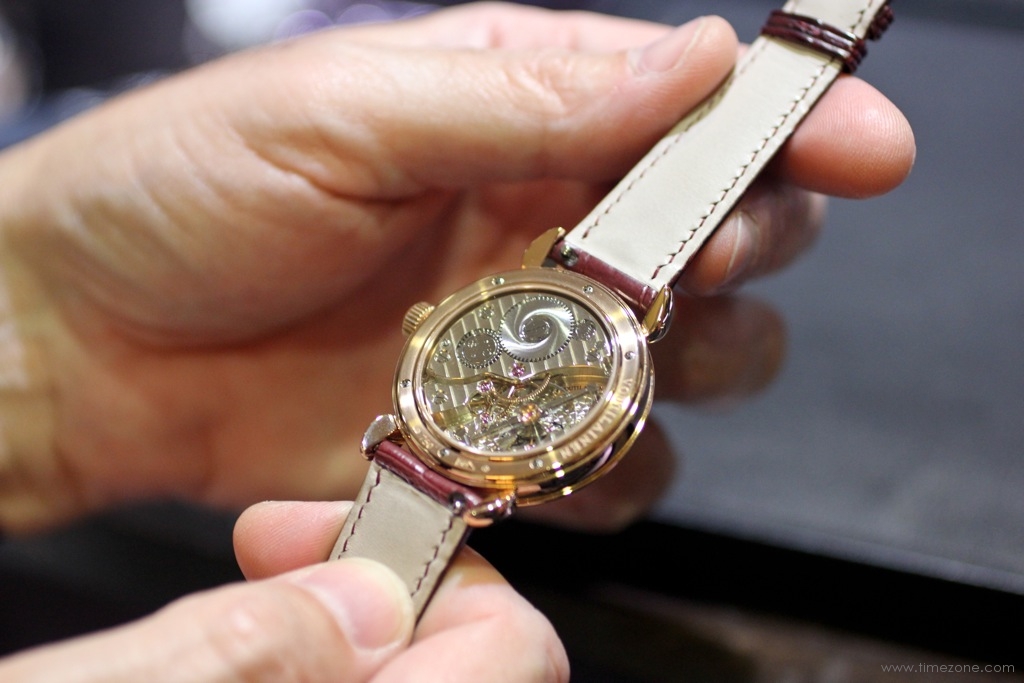 The Vingt-8 movement that Kari Voutilainen built from scratch

For Kari, being an independent watchmaker also meant being financially independent. He neither sought nor desired outside investors or partners. To this day, he remains the sole owner of his workshop. His independence limits his size and is one of the reasons why he crafts no more than 50 watches per year.

Kari exhibited at his first Baselworld in 2005. His debut watch was a minute repeater with an innovative striking mechanism that strikes decimals (ten-minute intervals) instead of quarters (fifteen-minute intervals). For example, 1:45 in his decimal system is sounded as: Hours – 1 strike, Decimals – 4 strikes, Minutes – 5 strikes. Whereas, 1:45 in the quarters system is sounded as: Hours – 1 strike, Quarters – 3 strikes, Minutes – none.

In 2007, Kari’s Observatoire wristwatch won the Grand Prix de Gèneve award for Favourite Men’s Watch. Not only is the Observatoire an achievement in accuracy, it is hauntingly beautiful.

Since winning the Gèneve award, Kari and his staff of 14 have been very busy filling orders. All the money he’s earned from these orders has been reinvested into his workshop.

Kari purchased CNC and milling machines, as well as other equipment to fabricate his own component parts. The result of all this equipment is the successor to the Observatoire, the Vingt-8. 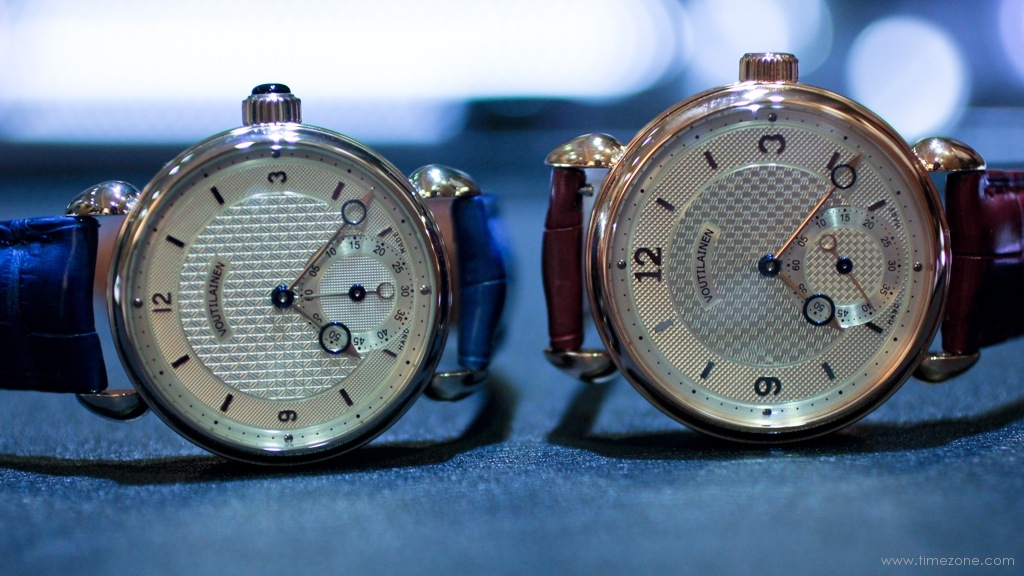 In late 2011, Kari quietly introduced the Vingt-8 (“twenty-eight” in English) that houses a handmade movement of Kari’s design. Kari is extremely proud of the Vingt-8 since he built it from scratch. The Vingt-8 is the embodiment of Kari’s philosophy; the movement is conceived by him and nearly every component part is fabricated in his workshop, including the main plate, bridges, balance wheel, balance staff and even the two jewels for his direct impulse escapement. Indeed, even the escapement is his invention. 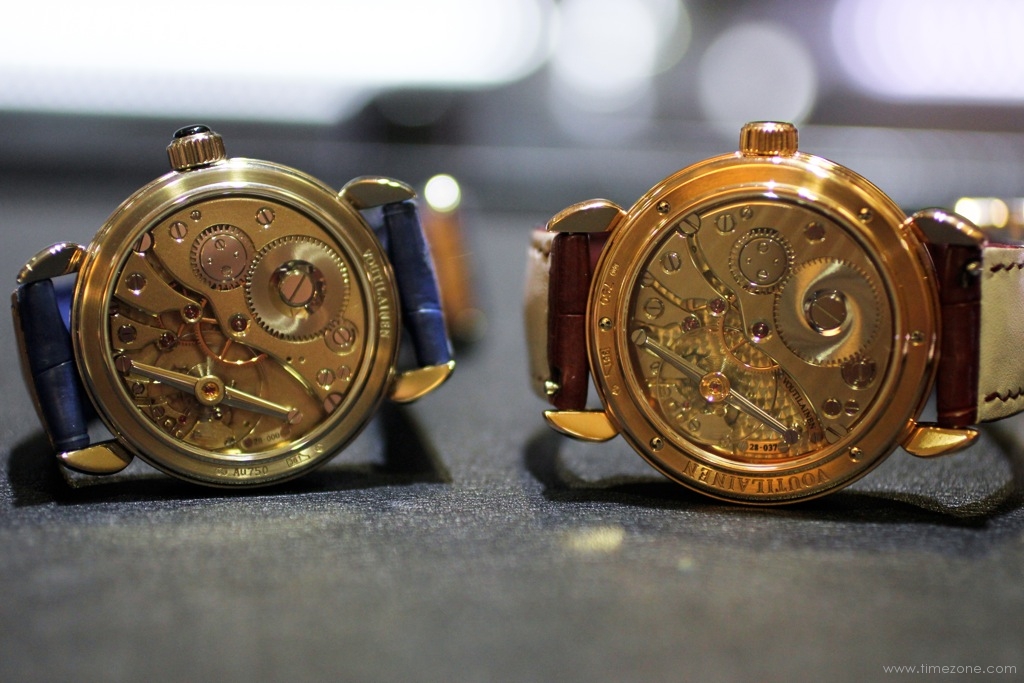 Kari’s direct impulse escapement is inspired by A.-L. Breguet’s natural escapement. It has two blued steel escape wheels that are mounted in series. A small lever goes back and forth between the wheels. The function of the lever is to hold those wheels to the oscillation of the balance. In other words, the wheels give direct impulse to the balance. As a result, the escapement is very efficient and requires 30%-40% less energy than traditional lever escapements. The 30mm x 5.60mm movement has a large free-sprung balance and a Breguet overcoil with an internal Grossmann curve. Altogether, the benefits of Kari’s direct impulse escapement and large balance are a huge 65-hour power reserve with just a single barrel, plus longevity and stability. 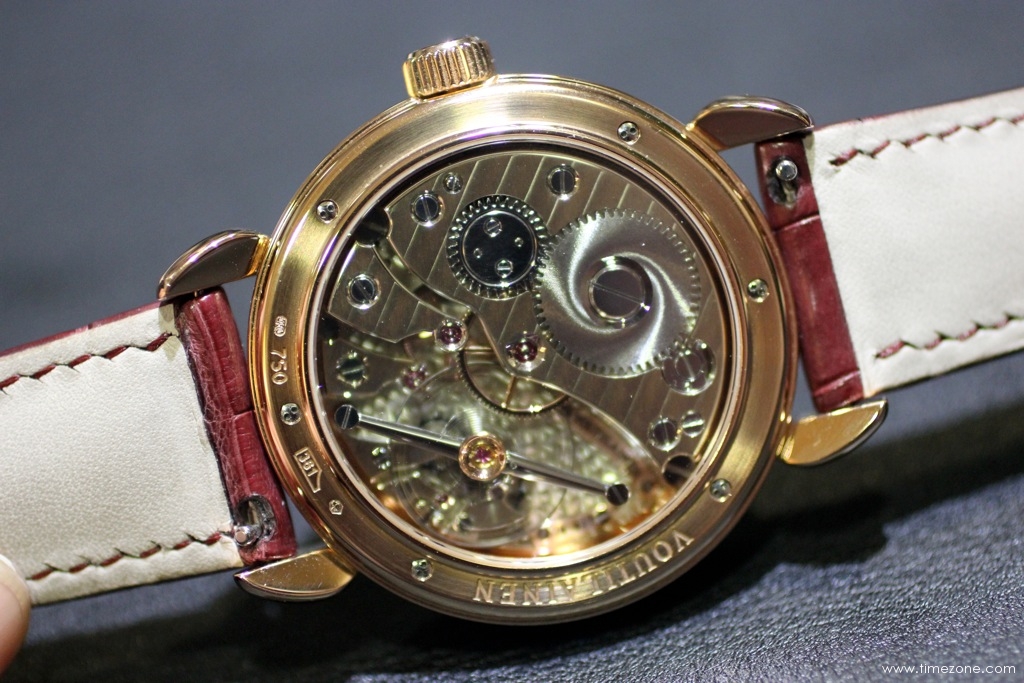 The main plate and bridges are made from German Silver. The wheels are made from gold. Based on decades of restoring some of the rarest timepieces in the world, Kari adheres to old school principles of untreated surfaces in order to keep his watches looking as new for centuries. As such, his German Silver is not treated, his gold is not plated and he does not use “fancy” surface treatments whatsoever.

The 21-jewel hand wound movement is impeccable and hand finished to the highest standards. The pinions and wheels are completely flat and polished. Screws and all steel parts are finished and polished by hand. 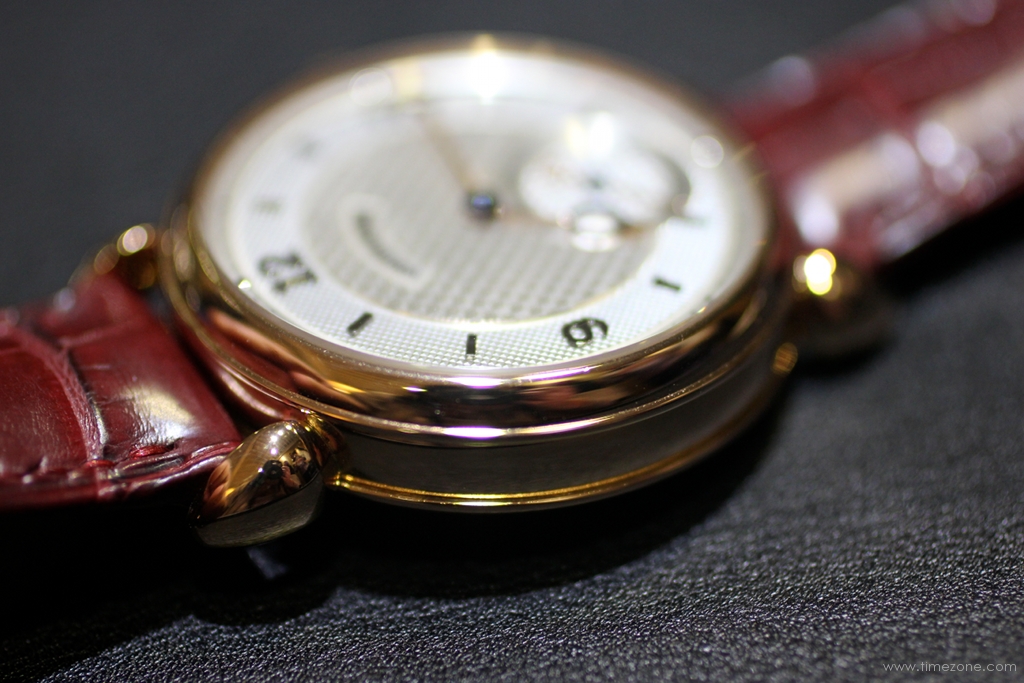 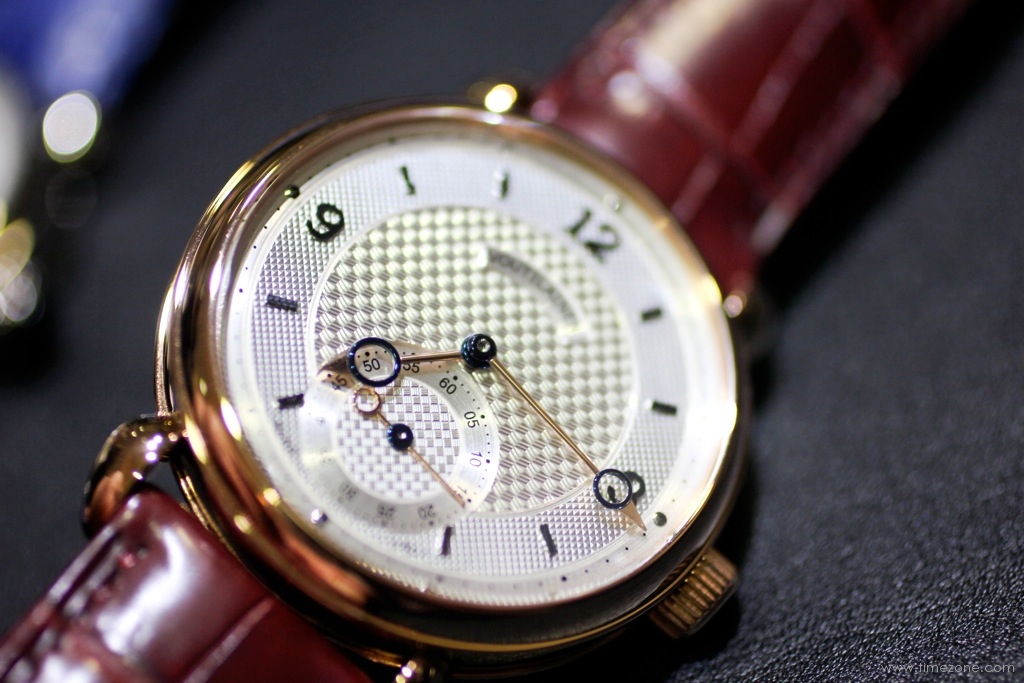 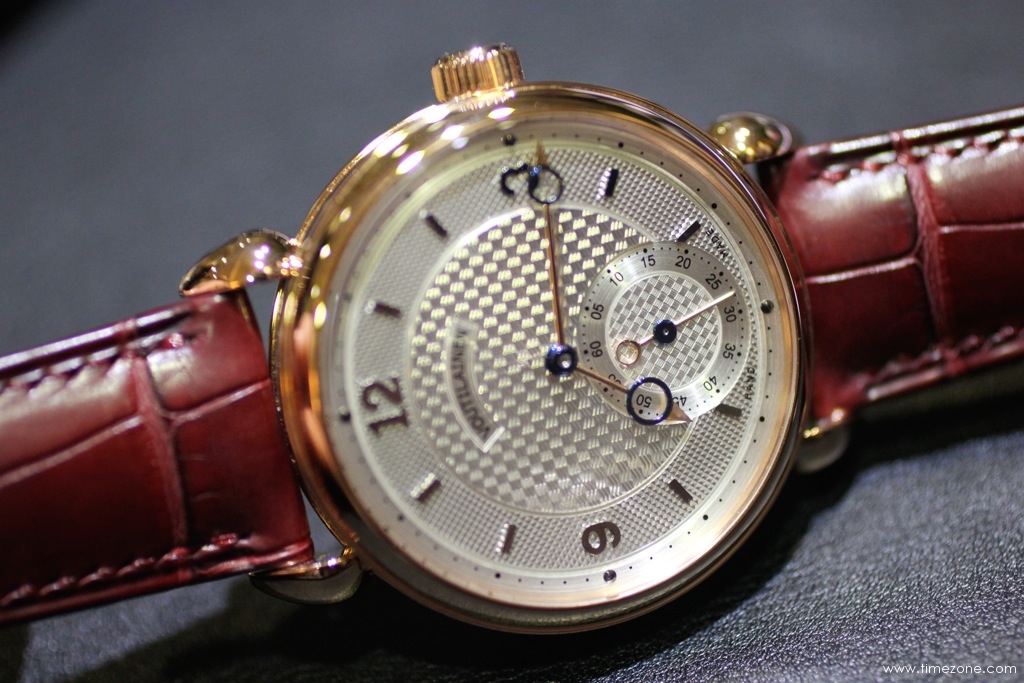 The case is handmade from strips of gold. The edges of the caseband are bevelled and higher than the center of the caseband for longevity and practical reasons. A typical watch case gets worn down from years of being placed on its side and polishing the case destroys its nature. Kari’s unique case design allows a watchmaker to polish the case without ever destroying the nature of the piece. Kari’s characteristic lugs are also conceived for longevity as the curved design is not only aesthetically pleasing, but also easily polished from every angle. 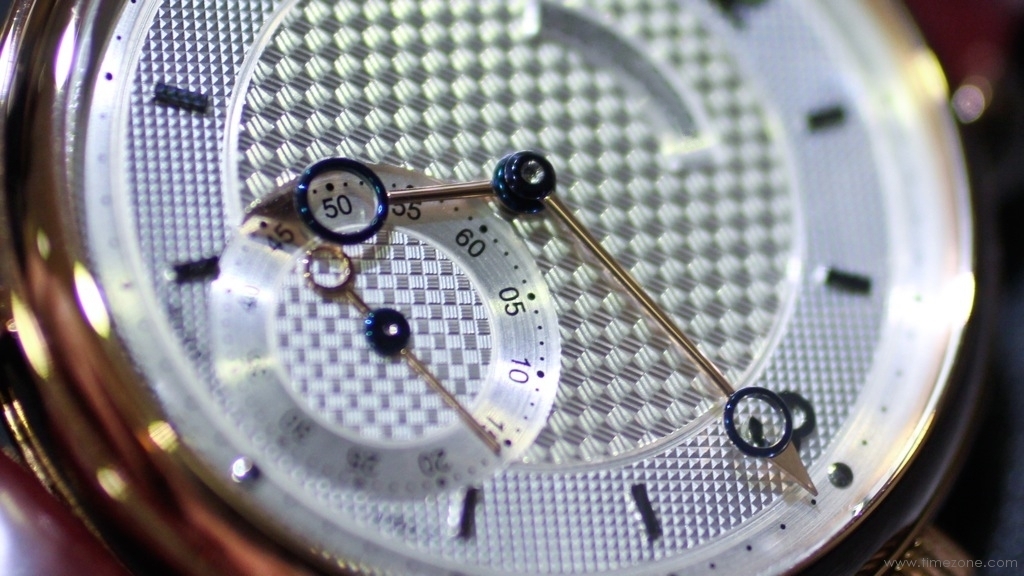 The play on the dial is sublime. Each silver dial is engine-turned for two days; the result is an elegant surface that is alive with three different textures. Each gold and steel hand takes a day to craft and Kari makes the most beautiful watch hands I have ever seen.

Every Vingt-8 is made to order, and there is a one-year waiting list to acquire one of these masterpieces. 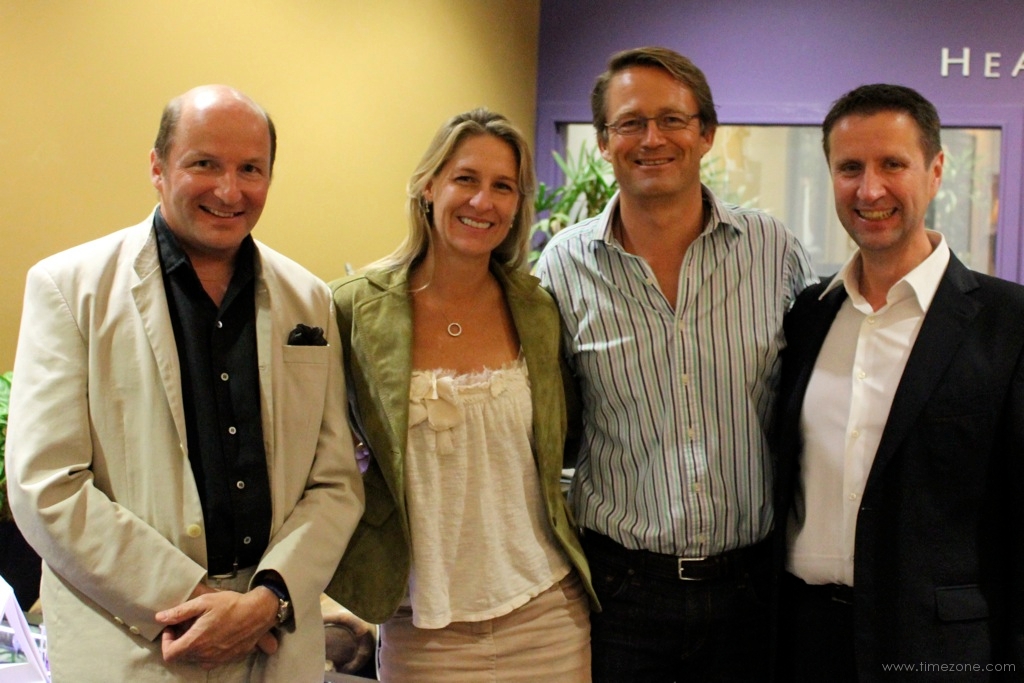