A brief history of Daylight Saving Time in the United States

By act of Congress, Daylight Saving Time (DST) changes the official time. The result is we wake up one hour earlier during the summer months and the evenings have more daylight. The dates marking the beginning and end of daylight time have changed as Congress has passed new statutes. As of 2007, daylight time begins in the United States on the second Sunday in March and ends on the first Sunday in November. 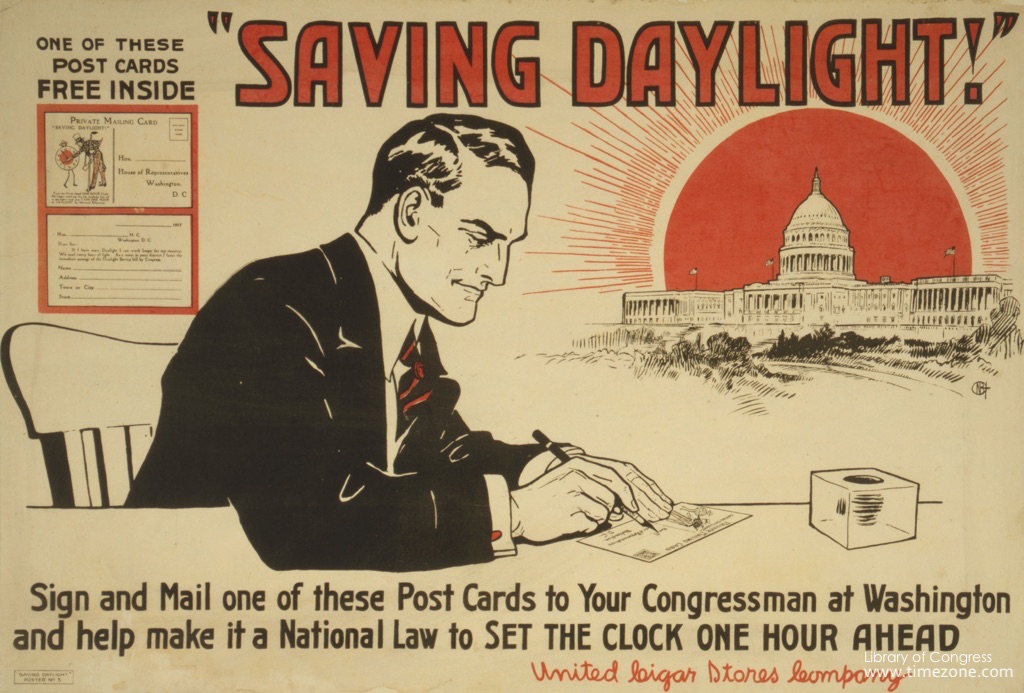 Benjamin Franklin is often credited with first proposing daylight saving to conserve candles. At the age of 78, he anonymously wrote a satirical essay entitled “An Economical Project” for the Journal of Paris, estimating the cost savings of awaking earlier to use natural sunlight at a modern-day equivalent of $200 million:

An immense sum! that the city of Paris might save every year, by the economy of using sunshine instead of candles.
– Benjamin Franklin, Journal of Paris (26 April 1784)

Over a century later, on 30 April 1916, Germany and its wartime ally Austria-Hungary adopted Sommerzeit (“Summer Time”) to conserve coal during World War I. Soon thereafter, the United Kingdom of Great Britain and Ireland followed suit and introduced “Summer Time”. 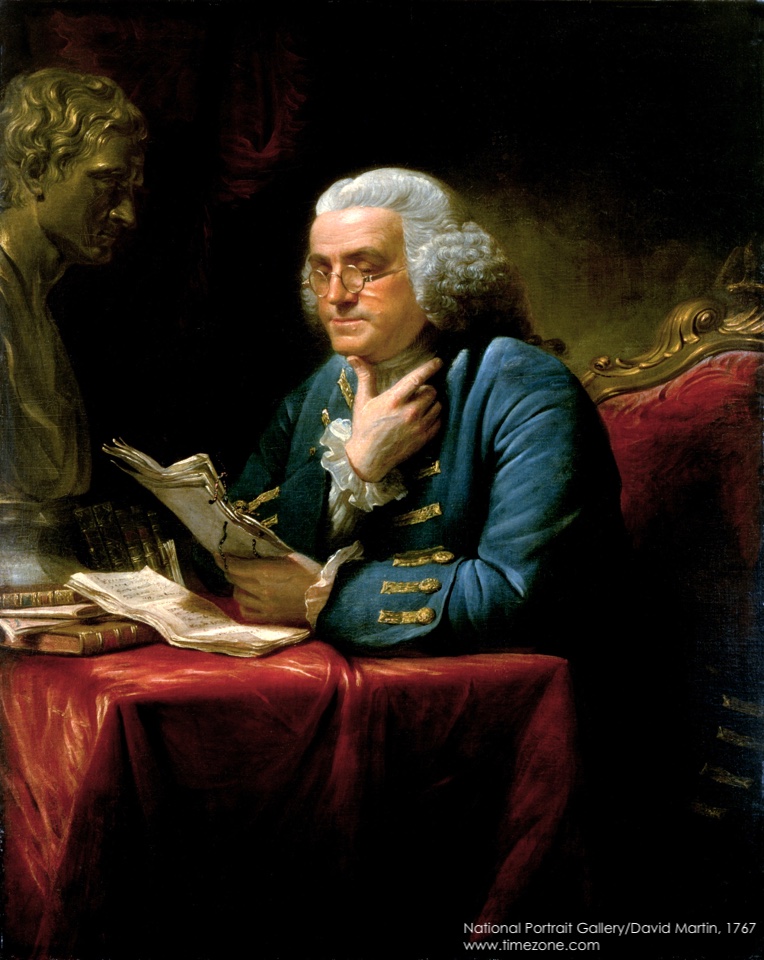 Portrait by David Martin, displayed in the White House

The United States instituted DST on 31 March 1918 as a wartime conservation measure. However, the adoption of DST was very slow and far from uniform. Resistance was particularly fierce in rural areas. Moralists did not like the idea of extra leisure time after work. Night owls considered it a plot by moralists to make them observe Benjamin Franklin’s maxim, “Early to bed and early to rise, makes a man healthy, wealthy and wise.” Farmers reasoned that hired farmhands would continue to rise with the sun, but insist on knocking off work an hour early. 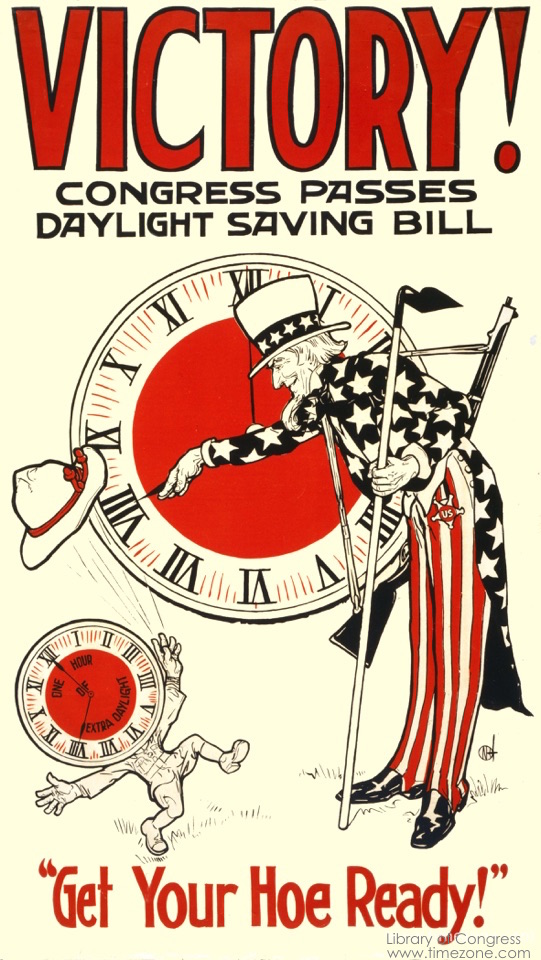 DST was then reestablished in various countries during World War II as a wartime conservation measure. On 9 February 1942, President Franklin Roosevelt instituted year-round DST, called “War Time”, and DST was continuously observed from 9 February 1942 to 30 September 1945. After 1945, its use varied among states and localities. Many states and cities east of the Mississippi River (and mostly north of the Ohio and Potomac Rivers) adopted summer DST. In 1954, only California and Nevada had statewide DST west of the Mississippi.

By 1962 the transportation industry found the lack of consistency confusing enough to push for federal regulation. The result was the Uniform Time Act of 1966 (P.L. 89-387), which standardized the beginning and end of DST. Beginning in 1967, the act mandated that daylight time begin on the last Sunday in April and end on the last Sunday in October, with the changeover to occur at 2 a.m. local time. States were allowed to exempt themselves from DST as long as the entire state did so.

Today, the only two states in the United States that do not observe DST are Hawaii and most of Arizona. In Arizona, not only is the state split into different time zones (Pacific Daylight Time & Mountain Standard Time), but it is also split in observing DST. 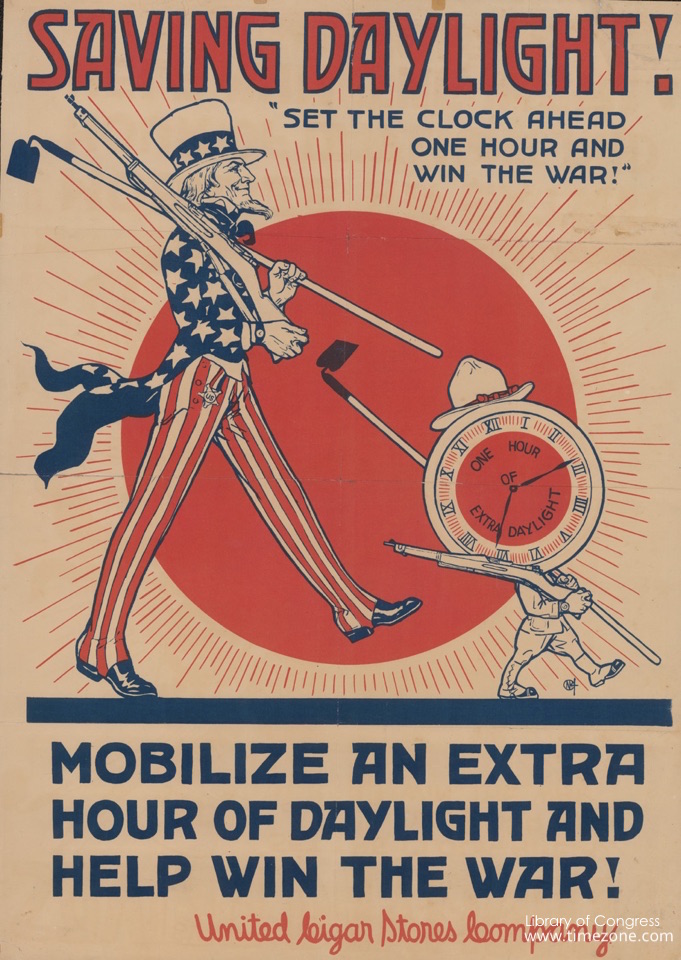